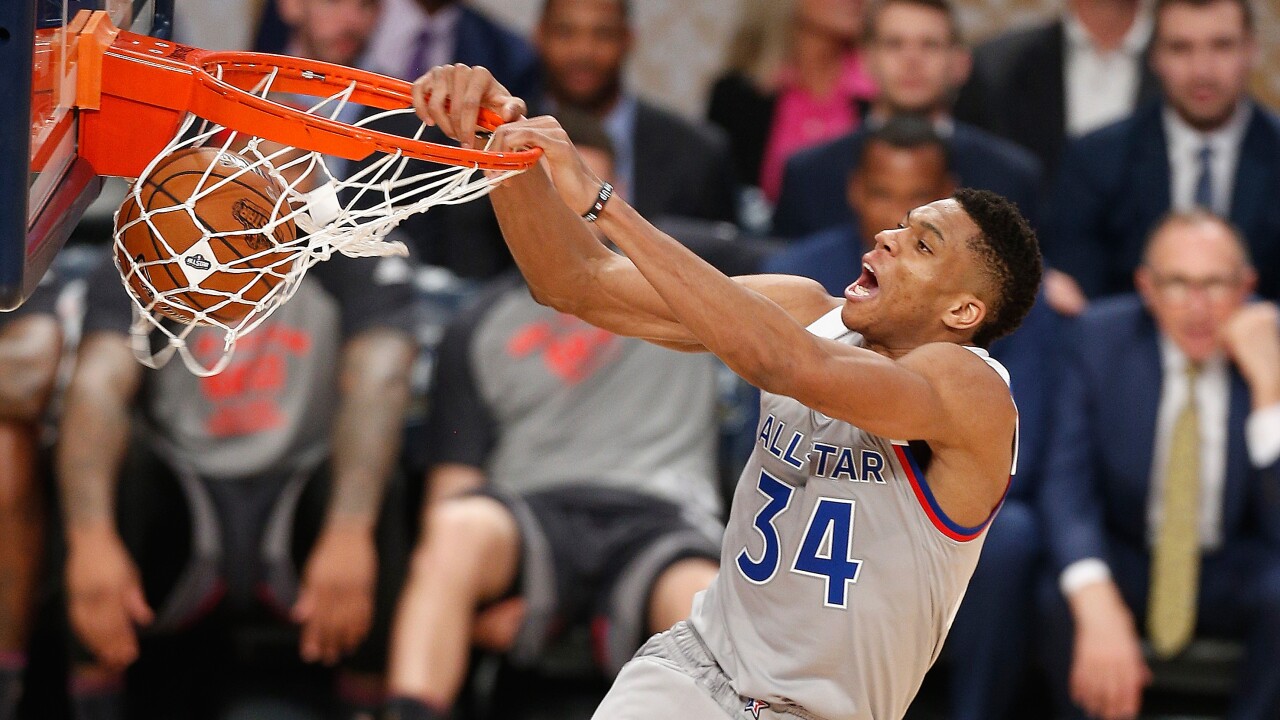 MILWAUKEE -- For a third straight season, Giannis Antetokounmpo will represent the Milwaukee Bucks at the 2019 NBA All-Star Game in Charlotte. However, this year comes with another honor.

Congratulations to Antetokounmpo who will be this year's Easter Conference All-Star Captain, after leading the Eastern Conference in votes.

This means he will get to pick the players he wants on his team. LeBron James is the other captain, after claiming the most votes in the West.

Since the beginning of the Milwaukee Bucks franchise in 1968, only four other players in team history have done what the Greek Freak has now accomplished.

By making his third straight NBA All-Star Game, Antetokounmpo joins a short list of Bucks players to play in at least three games while playing in Milwaukee.

The 2019 NBA All-Star Game will take place in Charlotte, North Carolina on February 17 at 7 p.m.