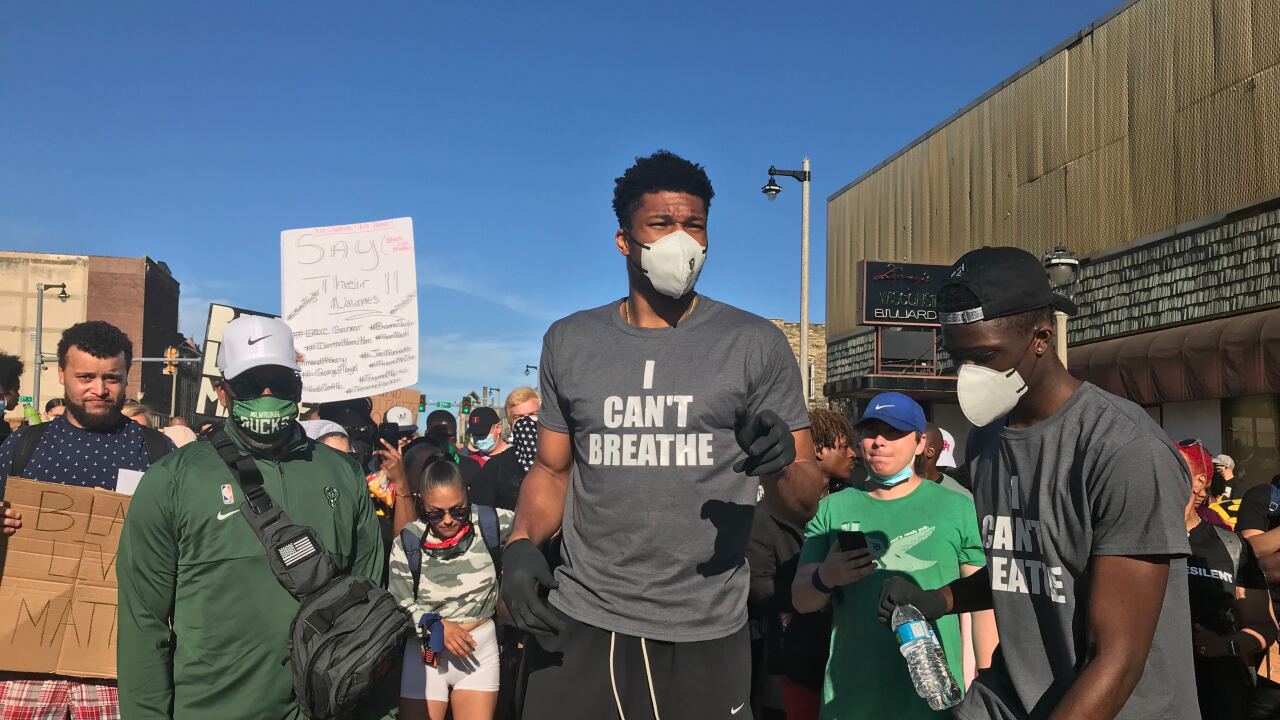 MILWAUKEE -- Giannis Antetokounmpo and other members of the Milwaukee Bucks joined a large crowd of peaceful protesters Saturday in Milwaukee.

Giannis joined a few of his teammates as the crowd marched up Wisconsin Avenue. The reigning MVP and the rest of his team wore shirts that said 'I cant breathe' - the last words uttered by George Floyd as he died in police custody in Minneapolis.

The protests against racism and police brutality in Floyd's honor have now reached their second straight week in Milwaukee. They have remained largely peaceful.

On Friday, a large crowd of people marched more than 10 miles on Milwaukee’s south side. Protesters say they won’t stop until they see systemic changes that prove black lives matter.

“It is over for us losing lives and losing our children,” said a protester named Ray. “Everybody is sick of it, everybody of every ethnicity and nationality.”