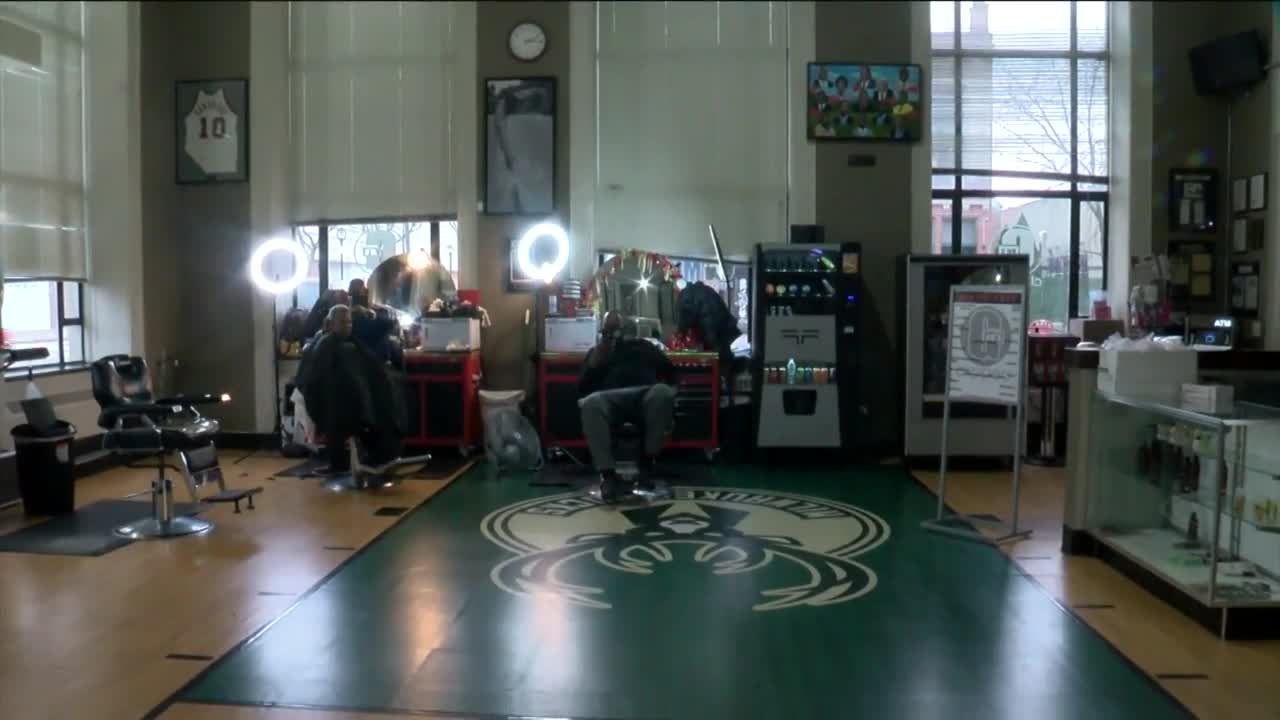 Giannis Antetokounmpo announced the news on social media, saying he's signed a contract extension for the next five years. The Athletic reports it's worth $228.2 million.

Fans and businesses alike rejoiced at the news that Giannis Antetokounmpo was staying in Milwaukee.

The deal is reportedly worth $228.2 million, which keeps him in Milwaukee for five more years. The news rippled throughout the city including inside Gee’s Clippers, a barbershop on Martin Luther King Jr. Drive.

“A couple people were here and were kind of hysterical. We just wanted to get the A-OK. I think a lot of people knew he was going to sign but for that amount of money and for five years. It was a good time, it was a good time,” said barber James Flippin

People at Gee’s, which has its own Bucks hardwood, say this shows how loyal Giannis is to the city of Milwaukee. They’re proud of him and his decision.

“It shows leadership. It shows he has taken the city under his wing,” said Flippin.

“I thought he was a superstar, why do you want to go play somewhere else. He made a statement in the news, ‘Hey why don’t they come to play with me?’ So why not stay here. Be a superstar. Be a leader of your own team,” said barber Neil Kelly.

But Giannis' contract extension is more than a source of pride. It is also big business for the city itself.

“Millions of millions of dollars are spent just inside the arena, just think of all the employees who work there. But then all the restaurants, all the retailers, all the hotels, the individuals who travel here from Appleton, Oshkosh, through the state throughout the region. That is just huge and if they are successful on the court it helps everybody,” said Kass.

“I’m very excited. It sends a huge message to Milwaukee, Wisconsin. The city is home to MVPs Yelich, Giannis, and Rodgers. Good athletes love the lifestyle in Wisconsin, love the people of Milwaukee. And we can all be proud, so go Bucks, go Giannis,” said Mayor Tom Barrett.