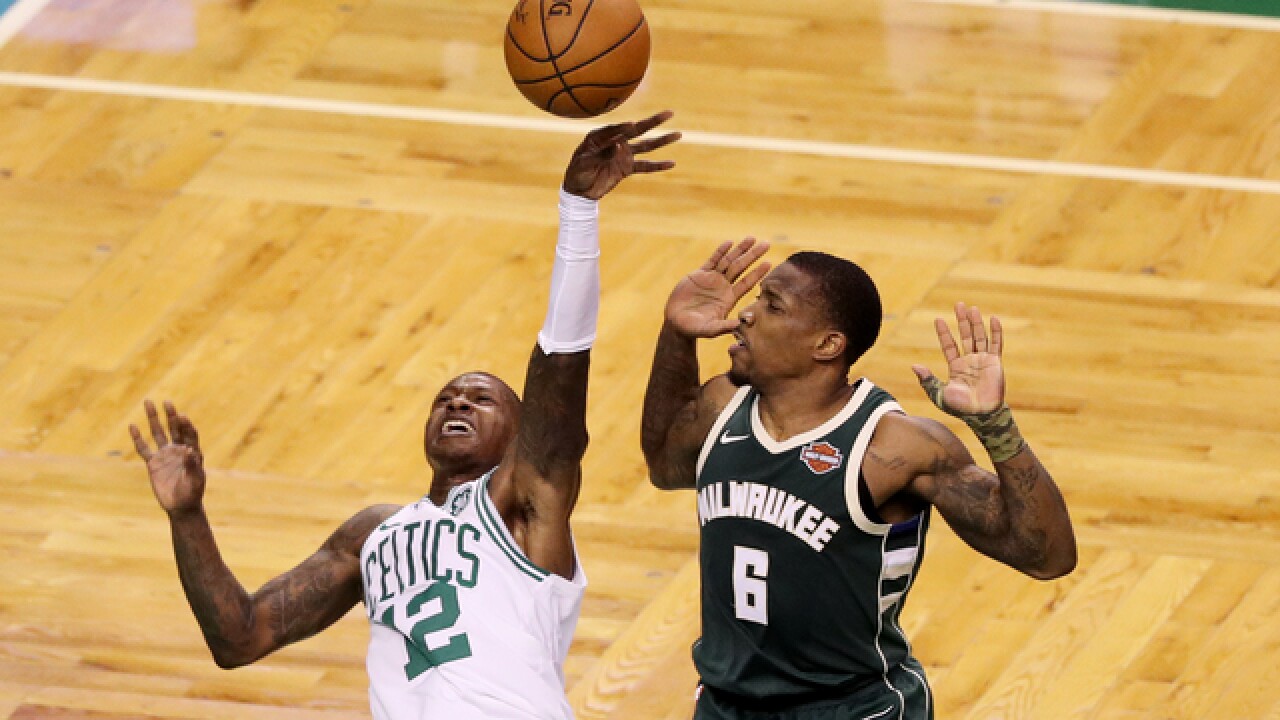 Copyright 2018 Scripps Media, Inc. All rights reserved. This material may not be published, broadcast, rewritten, or redistributed.
Maddie Meyer
BOSTON, MA - APRIL 28: Terry Rozier #12 of the Boston Celtics falls taking a shot against Eric Bledsoe #6 of the Milwaukee Bucks during the second quarter of Game Seven in Round One of the 2018 NBA Playoffs at TD Garden on April 28, 2018 in Boston, Massachusetts. (Photo by Maddie Meyer/Getty Images)

After a hard fought seven games, Bledsoe said, "You expect us to be out there shaking hands, giving out hugs the whole time? S--- ain't gonna happen. He had a helluva series, man. I've got to take my hat off to him."

After 7 games, Eric Bledsoe had to tip his cap to Terry Rozier. pic.twitter.com/0gKPtanswT

Their rivalry began after game one when Rozier mistakenly referred to Bledsoe as "Drew Bledsoe."

It escalated after game two when Bledsoe told reporters, "I don’t even know who the $@%# that is."when asked about Rozier's back-to-back 23 point games.

Finally, it came to blows in game five.

.After he hit a three, Eric Bledose threw up Rozier's signature three-point sign in the direction of the Celtics bench.

Eric Bledsoe buried a three and then threw up Terry Rozier's three sign at him on the bench. This means war. pic.twitter.com/pJcJRqLktS

One quarter later, Rozier and Bledsoe got into a shoving match under the basket that resulted in Bledsoe receiving a flagrant 1 foul.

But it appears all of that beef has been settled now that the Bucks have been bounced and the Celtics move on to face Philadelphia.It's now been 18 years since the Bucks have won a playoff series, so it's easy to understand both Bledsoe and Bucks fans' frustrations.