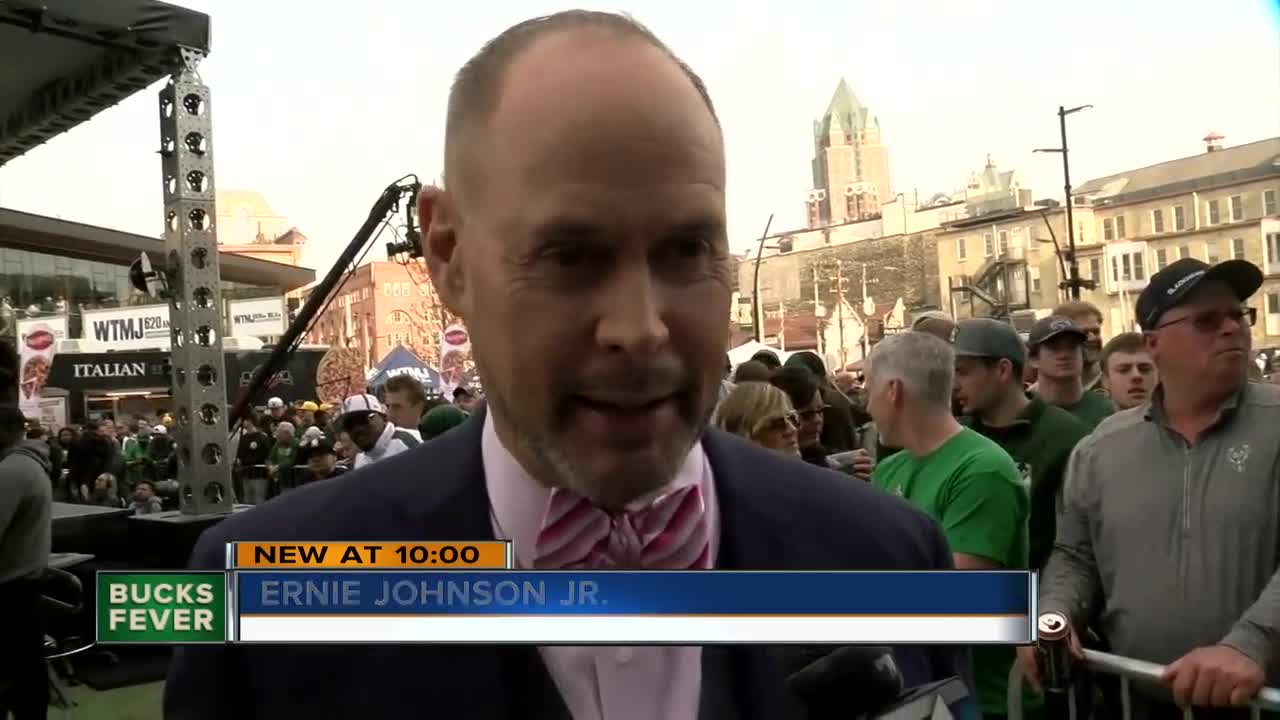 “It’s always cool to come here…every now and then I’m able to come back and go take a look at N 68th St.," Johnson said.

This was his first time inside the new home of the Milwaukee Bucks, Fiserv Forum.

“I’d heard all about it, it’s spectacular. And then to have the fans here treated to a season like this where you have the best record in the NBA and where you’re this close to going to the NBA Finals, you've just gotta soak all that in,” said Johnson.

As for predictions on the court, Johnson says that it took some time to convince his fellow broadcasters that the Bucks could go all the way, but many of them are coming around to the idea.

Johnson says “as the season went on it was like the realization, you know what theres a pretty good chance we’re going to be in Milwaukee for the Eastern Conference Finals.”

The NBA on TNT show will go back and forth from Milwaukee to Toronto during the series.