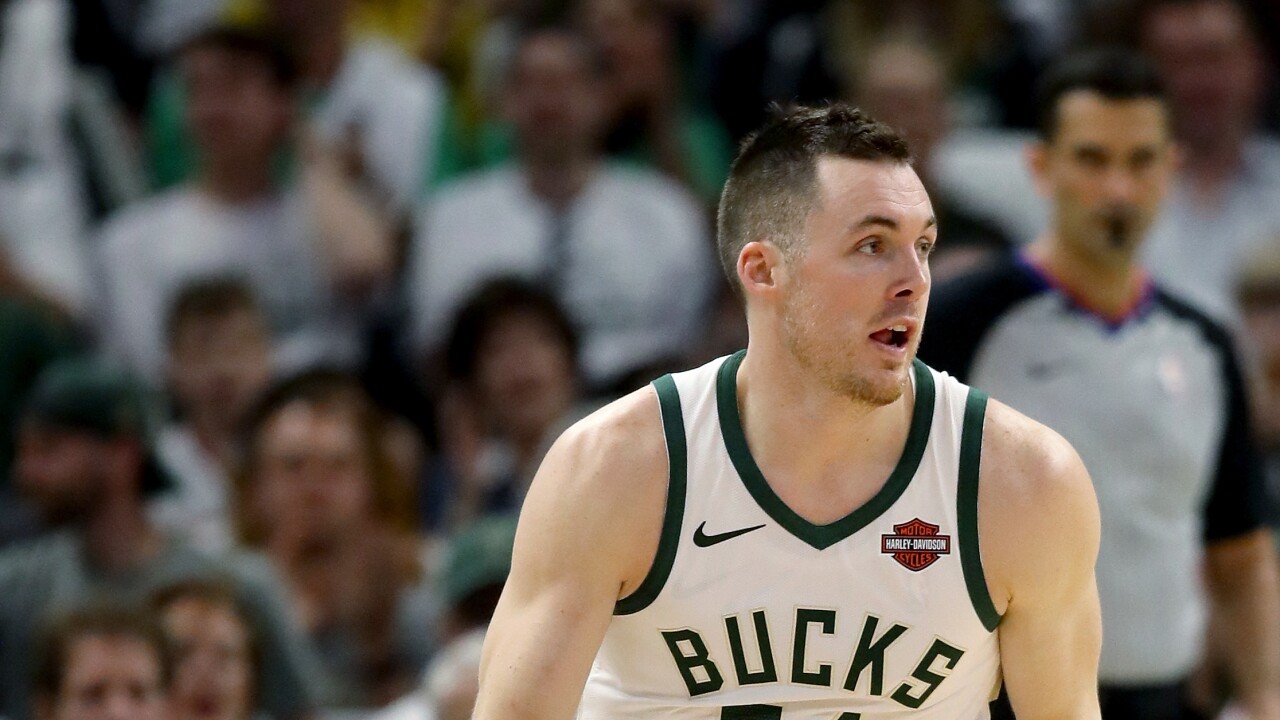 Jonathan Daniel/Getty Images
MILWAUKEE, WISCONSIN - MAY 15: Pat Connaughton #24 of the Milwaukee Bucks dribbles the ball in the first quarter against the Toronto Raptors in Game One of the Eastern Conference Finals of the 2019 NBA Playoffs at the Fiserv Forum on May 15, 2019 in Milwaukee, Wisconsin. NOTE TO USER: User expressly acknowledges and agrees that, by downloading and or using this photograph, User is consenting to the terms and conditions of the Getty Images License Agreement. (Photo by Jonathan Daniel/Getty Images)

CHICAGO — Bucks' Pat Connaughton dunked over not one, but two MVP's during the NBA All-Star weekend.

A few days before the NBA All-Star weekend, Connaughton put out an invite to Christian Yelich, asking him to join him during the All-Star weekend. Yelich did just that on Saturday.

Following the invite, Connaughton shared a photo of him and Yelich with the caption, "Coming to an arena near you...potentially."

With this, Wisconsin sports fans got pretty excited. That excitement peaked when Connaughton didn't just bring Yelich onto the court, but teammate Giannis Antetokounmpo as well.

Connaughton had both MVP's stand under the hoop, not at the same time, and dunked over them.

Both Giannis and Yelich held a basketball over their heads while Connaughton jumped over them, grabbed the ball and dunked it. After that, Wisconsin went crazy.

Connaughton had just dunked over two of Wisconsin's best athletes, both of which have MVP awards in their back pockets.

And let's not forget, Giannis is nearly 7-feet tall, so that just proves Connaughton has got hops.