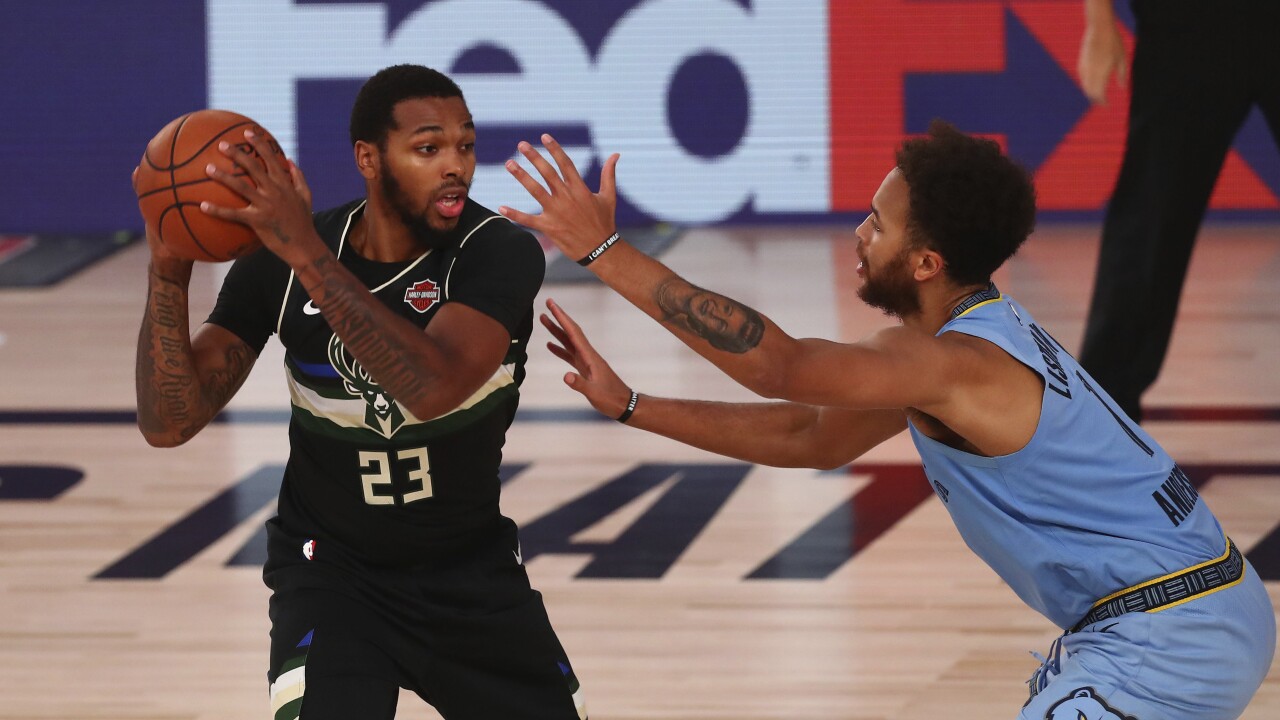 Milwaukee Bucks' Sterling Brown is settling his civil rights lawsuit with the City of Milwaukee for $750,000, the Athletic reported Monday morning.

Brown was illegally parked in a handicap spot on Jan. 26, 2018 outside of a business.

Brown was talking to Milwaukee police officers when the situation escalated and officers took him down and used a Taser.

Brown had filed a lawsuit with the city, accusing police officers of a race-based arrest and excessive force.

The Athletic reported that, along with the settlement, the city would admit to a "constitutional violation and commit to incorporate changes to the Milwaukee Police Department standard operating procedures."

The Bucks released the following statement:

"We are pleased that Sterling’s lawsuit has been mutually resolved and that there’s been an important commitment by the City of Milwaukee and its Police Department to make changes to the MPD’s standard operating procedures. No one should ever have to go through the horrifying abuse and injustice that Sterling experienced. We commend Sterling for his courageous response to this terrible situation by repeatedly sharing his story and working tirelessly with countless local groups and organizations to help make change in our community. And we also commend the City’s leadership for its commitment to implement these important changes to better Milwaukee.”