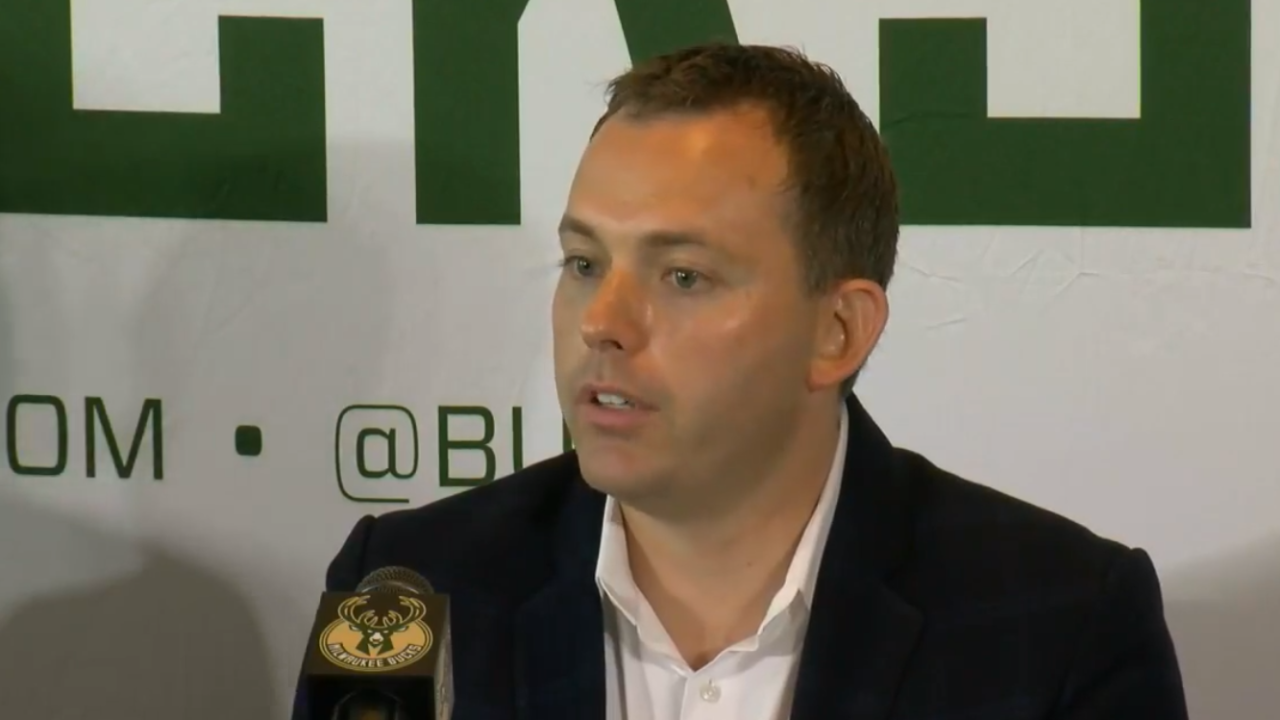 MILWAUKEE (AP) -- The Milwaukee Bucks have signed general manager Jon Horst to a multiyear extension, rewarding a key figure behind one of the best seasons in franchise history.

The deal was announced Friday. Horst is one of the front-runners for NBA executive of the year, along with Denver's Tim Connelly, the Clippers' Lawrence Frank and Toronto's Masai Ujiri.

"I'm thankful to our ownership group for their continued trust and confidence in me," Horst said.

"Wes (Edens), Marc (Lasry) and Jamie (Dinan) have been resolute in their commitment to building a championship-caliber team, providing the necessary tools and resources, and I look forward to continuing to execute their vision."

Led by Giannis Antetokounmpo, Milwaukee went 60-22 this year for the NBA's best record and the franchise's first 60-win season since the 1980-81 campaign.

The Bucks also advanced past the first round of the playoffs for the first time since 2001, losing to the Raptors in the Eastern Conference finals.

In two seasons since Horst took over, the Bucks have a 104-60 record.

"Jon's strong leadership and savvy decision-making ability have been instrumental as we continue to build the Bucks into a championship-caliber organization," the Bucks' ownership group said in a release.

Horst joined the Bucks staff in 2008 as the team's director of basketball operations. Prior to his promotion to general manager, Horst was instrumental in personnel evaluation, salary cap management and contract negotiations. Horst began his NBA front office career with the Detroit Pistons in 2005.

"I want to give a big thank you to our terrific players for their outstanding efforts," Horst said.

"Giannis, Khris (Middleton), Brook (Lopez), Malcolm (Brogdon) and Eric (Bledsoe) all had incredible seasons and our `Bench Mob' was fantastic all season long.

All of our players brought so much excitement to the court and I thank each of them for contributing to our success and embracing our great city and fans."

Horst will have a lot on his plate this offseason. Teams can officially begin negotiating with free agents on June 30. Horst's top priorities at that point will be Middleton and restricted free agent Brogdon.

Middleton averaged 18.3 points, six assists and 4.3 rebounds this season, earning his first career All-Star selection. Middleton has a $13 million player option for next season, but is expected to opt out and test free agency.

Middleton said he first will consider what's best for himself and his family and then consider which team he fits with best.

"It's going to be fun and a new position," Middleton said last month of being an unrestricted free agent. "I'm excited about the opportunity."

Brogdon, who missed a chunk of the season with a right foot injury, averaged 13.5 points on 44% shooting in the Eastern Conference finals.