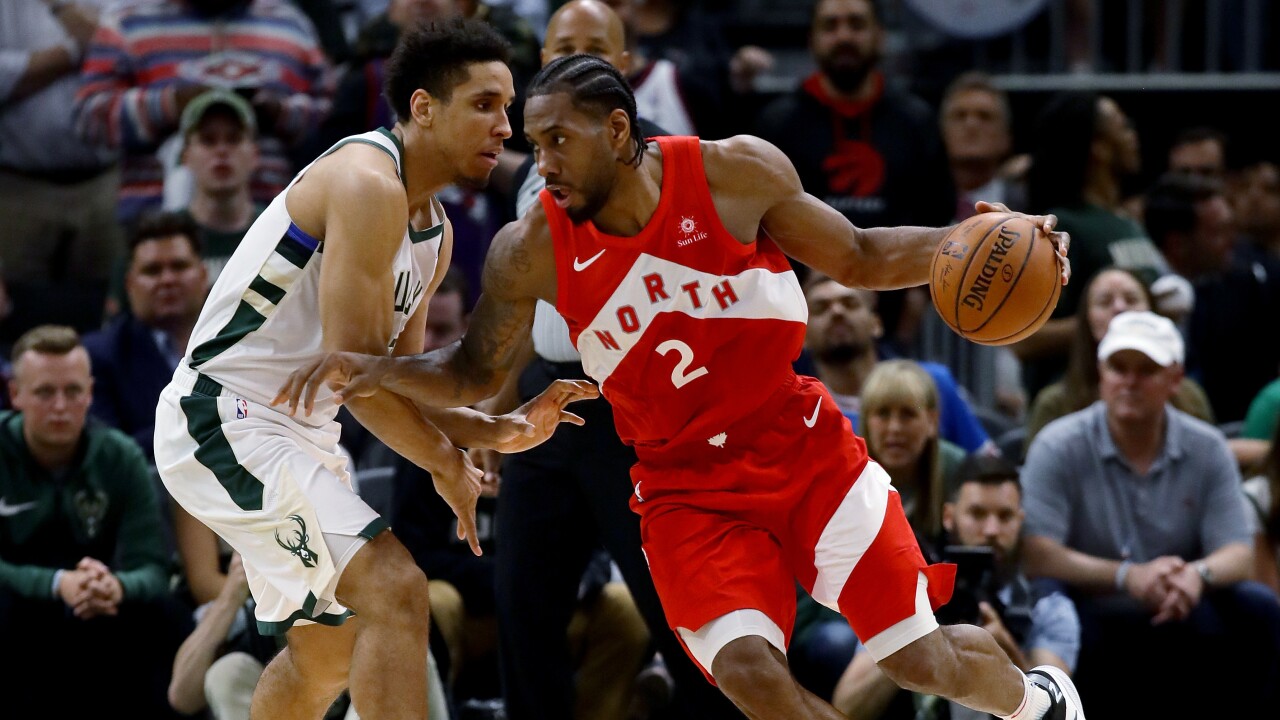 Jonathan Daniel/Getty Images
MILWAUKEE, WISCONSIN - MAY 23: Kawhi Leonard #2 of the Toronto Raptors dribbles the ball while being guarded by Malcolm Brogdon #13 of the Milwaukee Bucks in the fourth quarter during Game Five of the Eastern Conference Finals of the 2019 NBA Playoffs at the Fiserv Forum on May 23, 2019 in Milwaukee, Wisconsin. NOTE TO USER: User expressly acknowledges and agrees that, by downloading and or using this photograph, User is consenting to the terms and conditions of the Getty Images License Agreement. (Photo by Jonathan Daniel/Getty Images)

MILWAUKEE (AP) — Kawhi Leonard scored 35 points and the Toronto Raptors beat the Milwaukee Bucks 105-99 on Thursday night to take a 3-2 lead in the Eastern Conference finals.

Leonard showed no obvious signs of the leg soreness that bothered him the previous two games, hitting the 30-point mark for the fourth time in the series. He nailed five 3-pointers, grabbed seven rebounds and dished out nine assists.

Fred VanVleet scored 21 points, hitting seven 3s. Kyle Lowry added 17 as the Raptors put themselves in position to advance to the NBA Finals for the first time. A victory at home Saturday would set up a matchup with two-time defending champion Golden State.

Giannis Antetokounmpo had 24 points for Milwaukee hours after being announced as a unanimous first-team, All-NBA selection.