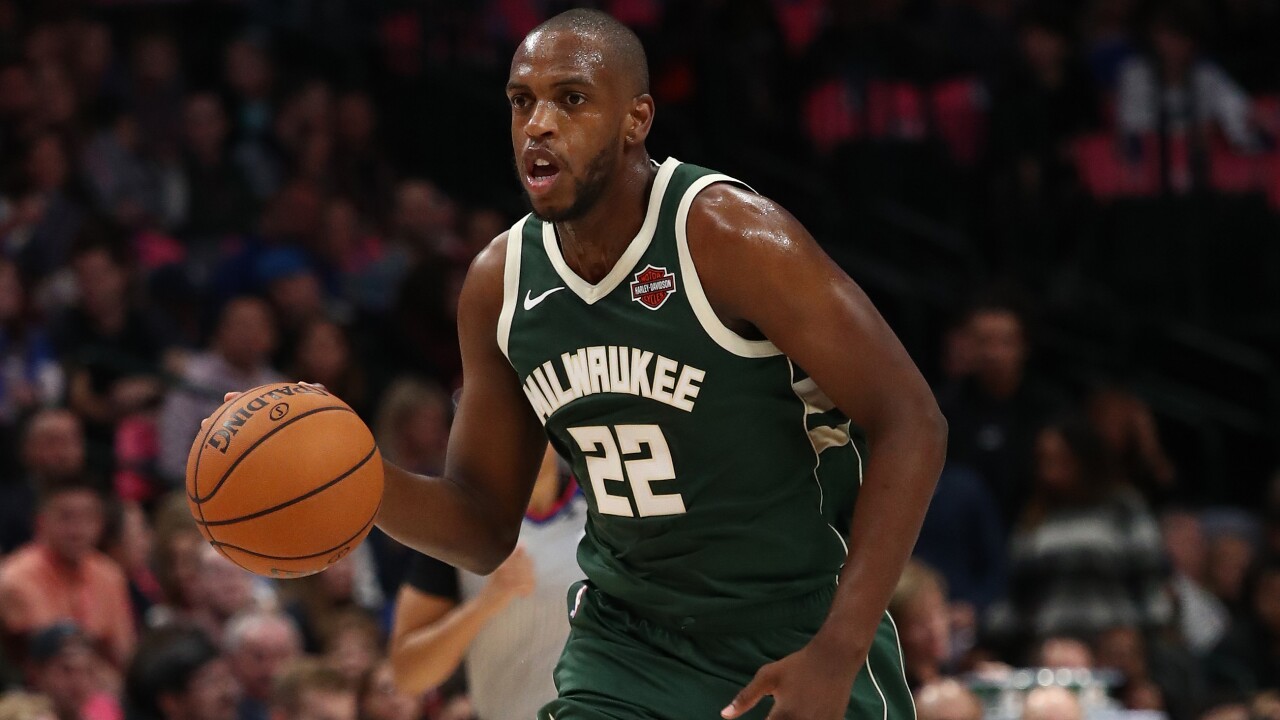 CHICAGO — Bucks' forward Khris Middleton has been named on the contestants in the NBA All-Star Skills Challenge on Saturday, Feb. 15.

This will be the second consecutive year that Middleton takes part in All-Star weekend, and his third time overall. Last year Middleton took part in the 3-point contest, and the same goes for 2016.

In addition to the Skills Challenge, Middleton is also set to play in the All-Star game alongside Giannis Antetokounmpo.

The Skills Challenge is set to take place in Chicago on Saturday, Feb. 15, with the All-Star game happening the next day.