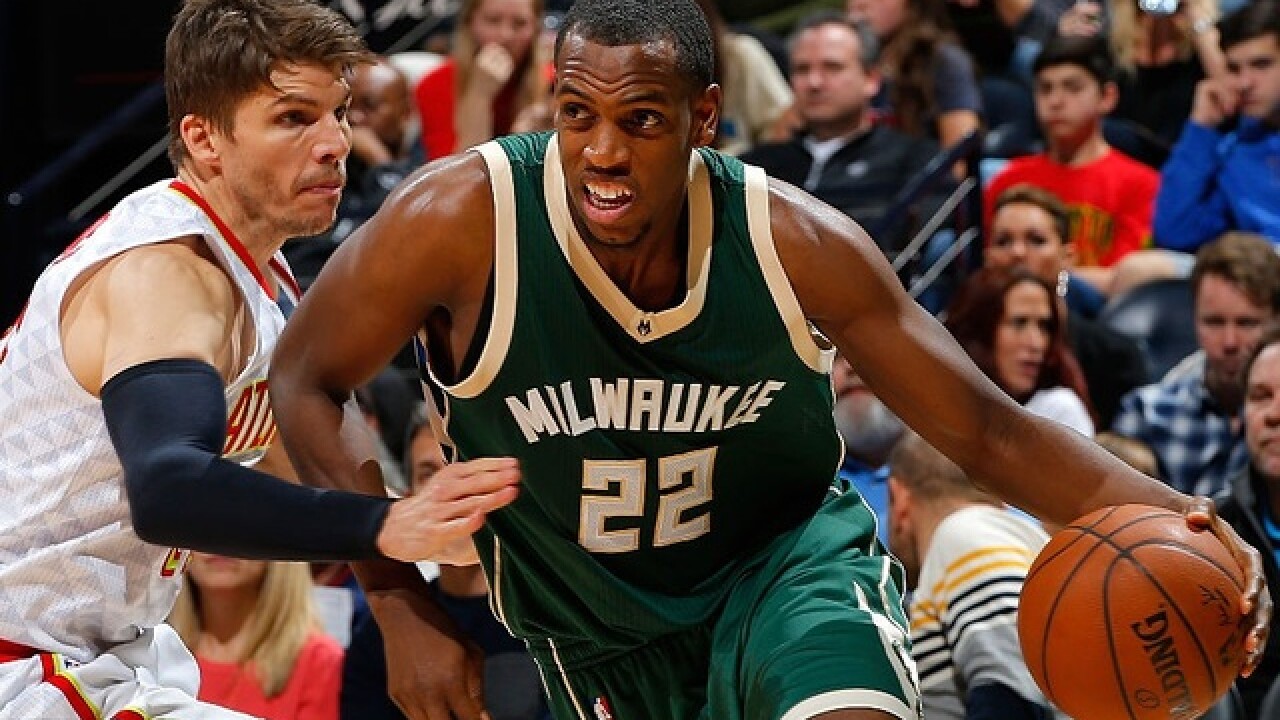 Image copyright 2017 Getty Images. All rights reserved. This material may not be published, broadcast, rewritten, or redistributed.
Kevin C. Cox
Number 22 for the Bucks,<strong> Khris Middleton,</strong> comes in fourth place on <a href="https://www.bizjournals.com/milwaukee/subscriber-only/2017/03/03/highest-paid-athletes-in-wisconsin.html">the list.</a>

Milwaukee Bucks’ Khris Middleton is going to his first NBA All-Star game as a reserve, the league announced Thursday.

The shooting forward has settled into a strong number two role on the Bucks since he was traded to Milwaukee from the Detroit Pistons in 2013.

Middleton, 27, will join his teammate Giannis Antetokounmpo, who was named the Eastern Conference starter earlier this month.

It the first time since 2001 the Bucks have sent two players to the All-Star Game, when they sent Ray Allen and Glen Robinson.

The NBA All-Star Game weekend runs from Feb. 15 through Feb. 17 in Charlotte.