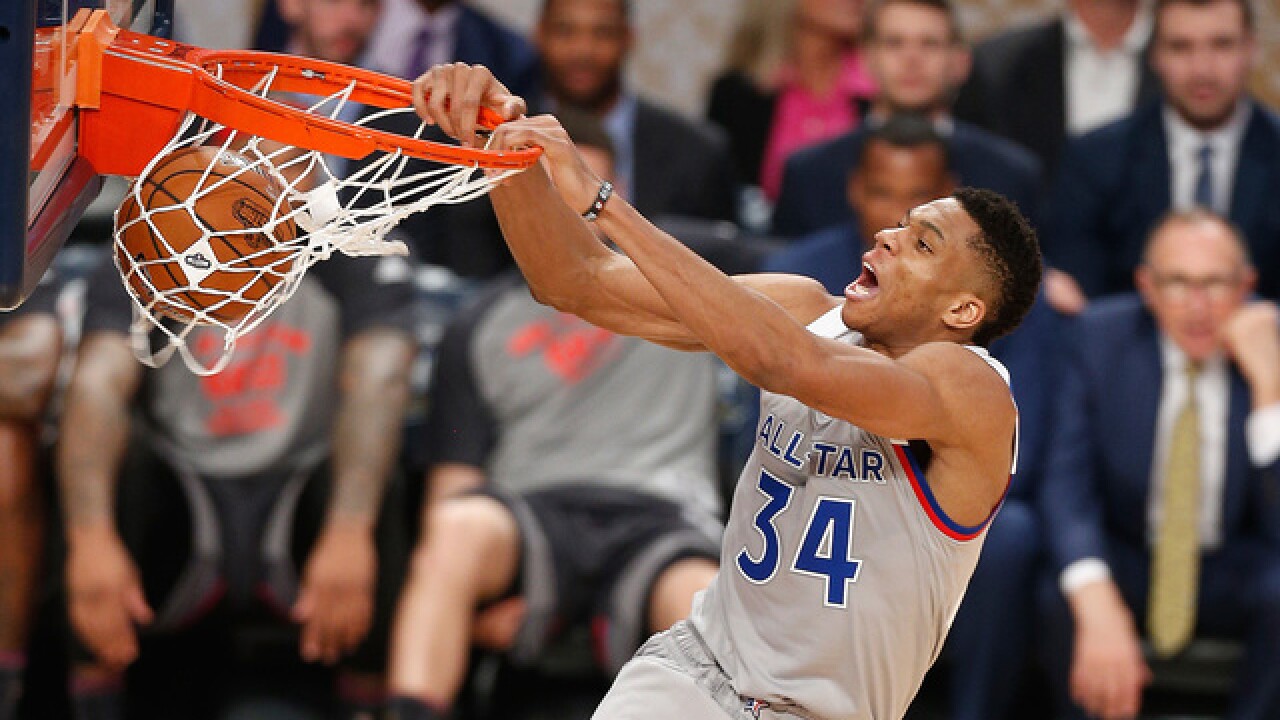 Copyright Getty Images
Jonathan Bachman
<p>NEW ORLEANS, LA - FEBRUARY 19: Giannis Antetokounmpo #34 of the Milwaukee Bucks dunks the ball during the 2017 NBA All-Star Game at Smoothie King Center on February 19, 2017 in New Orleans, Louisiana. NOTE TO USER: User expressly acknowledges and agrees that, by downloading and/or using this photograph, user is consenting to the terms and conditions of the Getty Images License Agreement. (Photo by Jonathan Bachman/Getty Images)</p>

Giannis Antetokounmpo was selected by Steph Curry's team in the NBA All-Star draft.

This is Antetokounmpo's second consecutive year as an All-Star starter. Last year, he scored 30 points on 14 of 17 shooting, best among his Eastern Conference opponents.

A live look at what was going through Steph's mind when he picked Giannis. pic.twitter.com/t94mcukSJp

This is the first year the NBA implemented the team captain and player draft process. But the NBA chose not to televise of publicizing the draft process.

The other starters on Curry's team are the Rockets' James Harden, Raptors DeMar DeRozan and the 76ers' Joel Embiid.

However, the the focus of the news is the drama surrounding LeBron James's team.

All of the picks were made by James, who, based on some of his social media posts throughout the years, definitely loves drama.