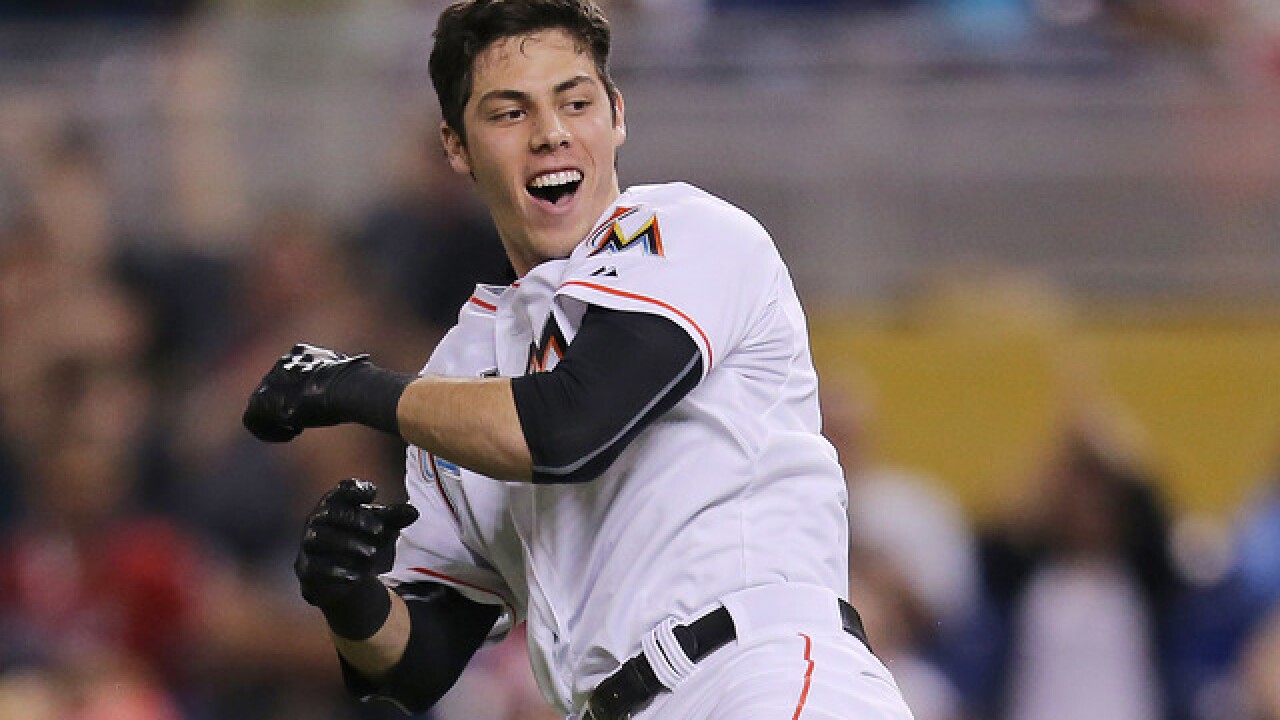 Copyright 2018 Scripps Media, Inc. All rights reserved. This material may not be published, broadcast, rewritten, or redistributed.
Rob Foldy
<p>MIAMI, FL - APRIL 10: Christian Yelich #21 of the Miami Marlins celebrates after hitting a game-winning RBI single in the 10th inning against the Tampa Bay Rays at Marlins Park on April 10, 2015 in Miami, Florida. (Photo by Rob Foldy/Getty Images)</p>

"I'm just excited for the fresh start and new opportunity, and being part of the Brewers," Yelich said.

The #Brewers have acquired OF Christian Yelich from Miami in exchange for OF Lewis Brinson, OF Monte Harrison, INF Isan Diaz and RHP Jordan Yamamoto. pic.twitter.com/1Cni0JA67B

Yelich is considered a rising star in Major League Baseball, with a career average of .290 after five seasons in the majors, and his .299 average over the past two seasons is fourth best among MLB center fielders, trailing only Mike Trout, Charlie Blackmon and Mookie Betts (via ESPN stats and info). And Brewers General Manager David Stearns is thrilled to have him.

Yelich is also a prolific fielder. He won the Golden Glove award after the 2014 season, and has been the 27th best outfielder over the past four years, according to Fangraphs.com

However, the biggest value from Yelich comes with his contract. He has five years of control and is only owed 58 million dollars over that span.

Including a club option, Yelich is under control for five more years at total price of $58.25 million. #Brewers obviously believe in him bigtime to blow up the top of their farm system.

Though, some of the general public is concerned about the haul of prospects it took to get him. Brinson (18) and Harrison (75) both are ranked inside baseball's top 100 prospects, according to Baseball America, and overall, the Brewers will be surrendering the 1st, 6th and 14th best prospects in their system.

Despite that, most evaluators are viewing this trade as a win for the Brewers.

David Stearns doing a heck of a job in Milwaukee as Brewers get Yelich. Central is going to be real interesting again.

And there’s your big splash before #Brewers On Deck https://t.co/ojbw7YtjWp