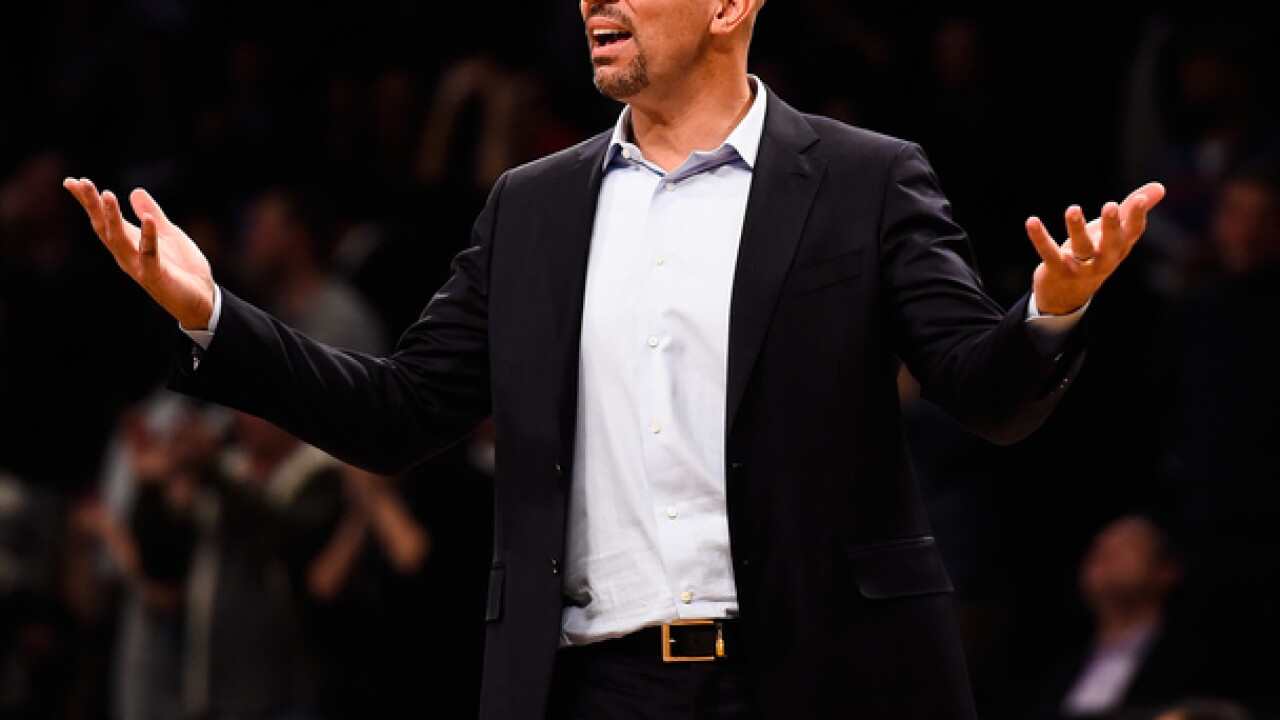 Alex Goodlett
<p>NEW YORK, NY - NOVEMBER 19: Head coach Jason Kidd of the Milwaukee Bucks looks on in triple overtime during a game against the Brooklyn Nets at the Barclays Center on November 19, 2014 in the Brooklyn borough of New York City. NOTE TO USER: User expressly acknowledges and agrees that, by downloading and/or using this photograph, user is consenting to the terms and conditions of the Getty Images License Agreement. (Photo by Alex Goodlett/Getty Images)</p>

Kidd was ejected by referee Zach Zarba after he swatted the ball out of his hands during a dispute over a call. Check out video of the moment, posted to Vine:

Kidd got no chill https://t.co/OIZWR5wxJg

The Kings came into Wednesday night's game at just 5-10, but looked like an offensive powerhouse against the young Bucks - scoring 129 points, nearly a season high.

If the home crowd at the BMO Harris Bradley Center was upset by Kidd's actions, they didn't show it. Instead, he was greeted by a standing ovation as he left the court.

Standing ovation for Coach Kidd from the @BMOHBC faithful as he is ejected from tonight’s game. #Together