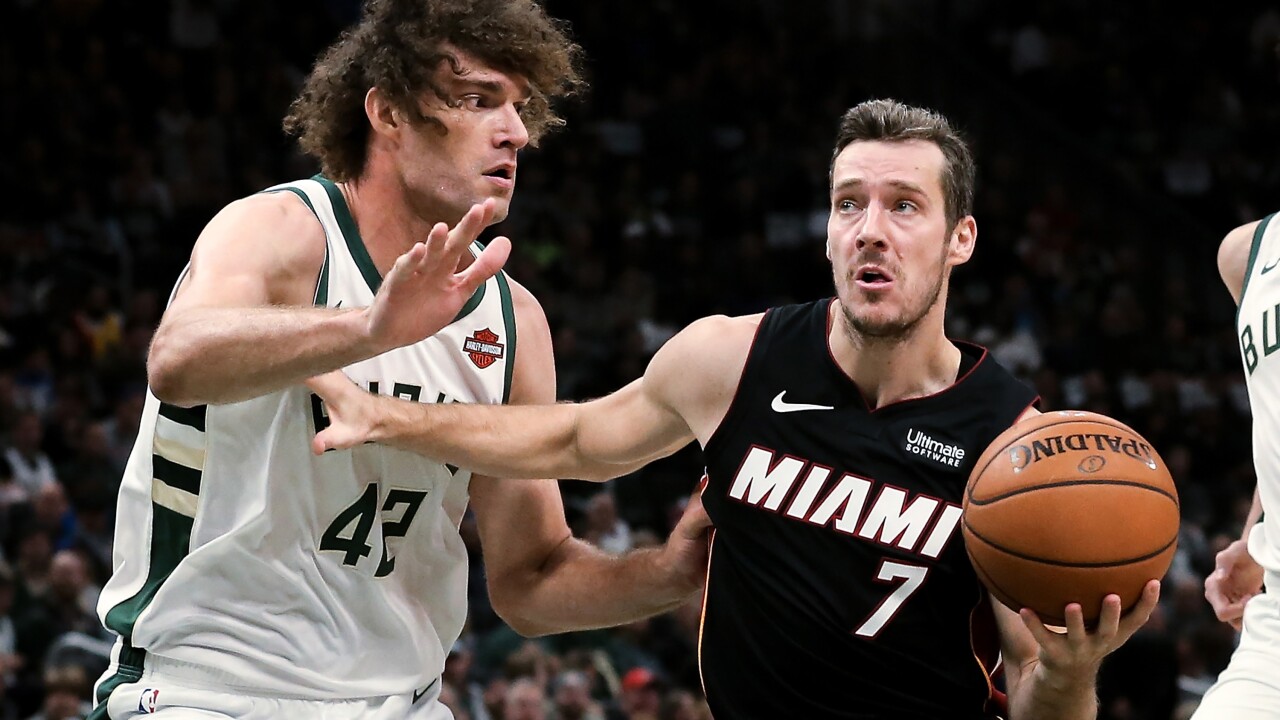 Dylan Buell/Getty Images
MILWAUKEE, WISCONSIN - OCTOBER 26: Goran Dragic #7 of the Miami Heat dribbles the ball while being guarded by Robin Lopez #42 of the Milwaukee Bucks in the third quarter at the Fiserv Forum on October 26, 2019 in Milwaukee, Wisconsin. NOTE TO USER: User expressly acknowledges and agrees that, by downloading and/or using this photograph, user is consenting to the terms and conditions of the Getty Images License Agreement. (Photo by Dylan Buell/Getty Images)

State attorney's office records obtained by the Orlando Sentinel show Lopez had purchased clothing from a vintage Epcot animatronic called Buzzy that had gone missing from a now-defunct attraction at the Orlando theme park.

Orange County Sheriff's Office investigators say a former Disney employee and his cousin used fake IDs to sneak into the park last year and steal items valued at thousands of dollars, selling them in a lucrative market for exclusive memorabilia.

Authorities have charged the men with dealing in stolen property, grand theft and burglarizing a structure at the park.

Lopez purchased the items on eBay and is said to be cooperating with authorities.