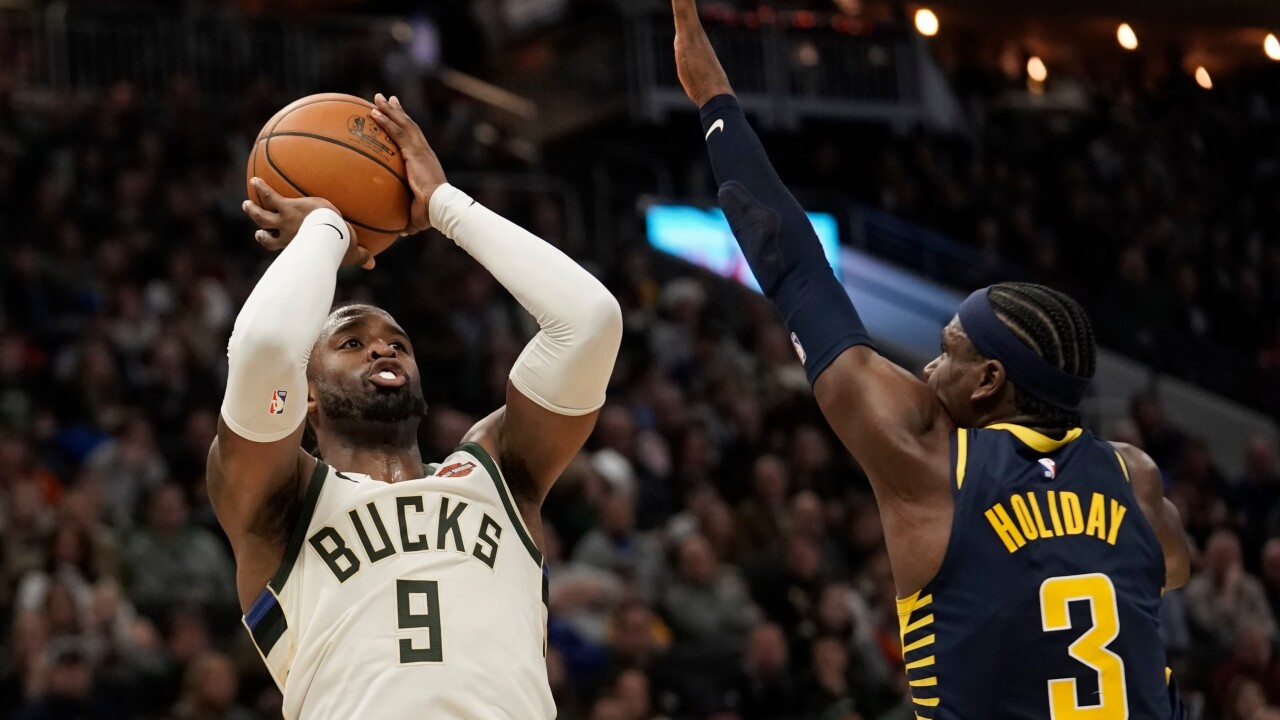 Giannis Antetokounmpo had 18 points, 19 rebounds and nine assists, and the Bucks spoiled Malcolm Brogdon's return to Milwaukee with a 117-89 victory over the Indiana Pacers on Sunday night.

Wesley Matthews scored 19 points for NBA-leading Milwaukee, which has won three in a row since a 120-116 loss to Dallas stopped an 18-game win streak. Brook Lopez and George Hill each had 17 points.

Brogdon was drafted by Milwaukee and spent his first three seasons with the Bucks before he was acquired by Indiana in a sign-and-trade deal over the summer. He was welcomed back with cheers and a tribute video, and finished with 10 points on 5-of-19 shooting and 10 assists.

“I would have loved (to continue) to play for this team if they had wanted me, if they had valued me the way the Pacers valued me," Brogdon said before the game.