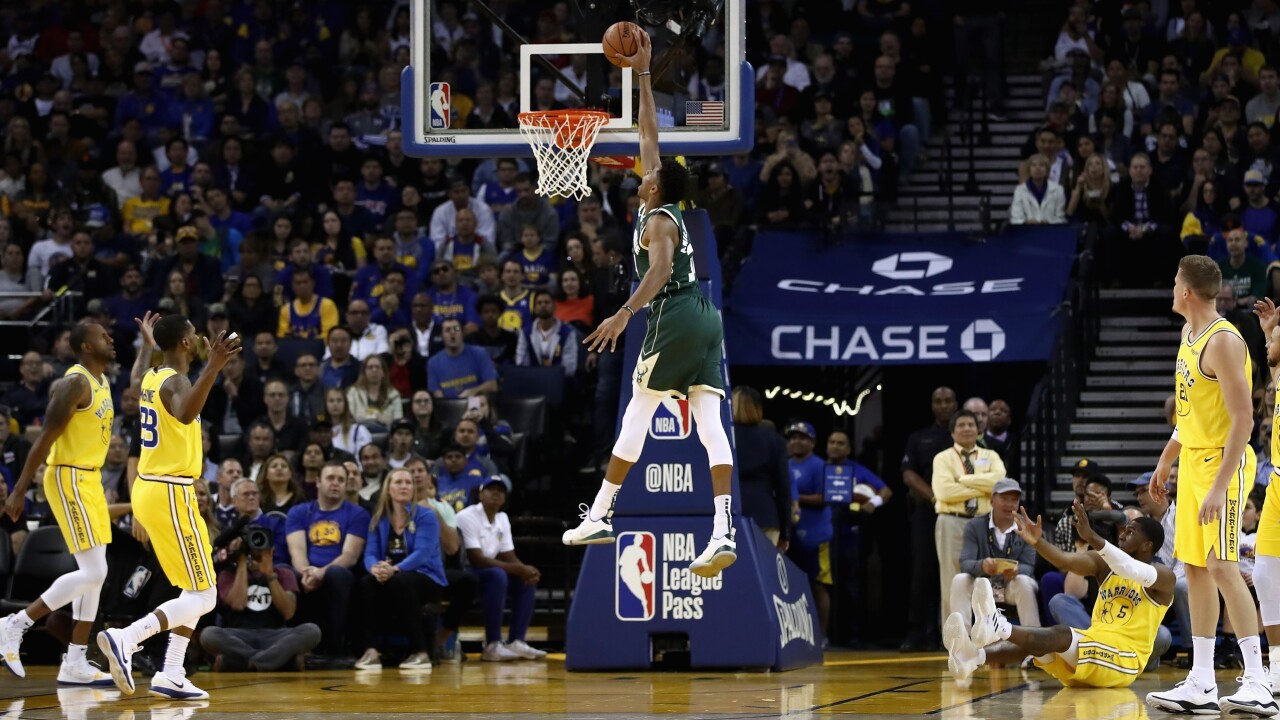 Getty Images 2018
Ezra Shaw/Getty Images
On November 8, the Bucks took on the defending NBA champion Golden State Warriors at Oracle Arena. The Bucks dominated both sides of the floor defeating the Warriors 134-111.

MILWAUKEE — Milwaukee Bucks assistant coach Darvin Ham is as excited as the players right now. Bucks basketball is nearly back in action.

Ham says that many of Milwaukee's NBA players have been working to stay fit during their time off.

"Our guys are still in shape. I've seen some of these of these other players on their little social media accounts look like they've been eatin' a few extra hamburgers so, laughs.

That's the good thing about this. Everything, everyone stopped. It's all even Steven from here on out man. But I got faith in our guys. Our guys, you can just see it permeating throughout the roster man. Everybody's ready to go," Bucks Assistant Coach Darvin Ham says.

TMJ4 Main Sports Anchor Lance Allan asked, "You guys worked for home court advantage, and that looks like it will be out the window?"

"We're just happy to play. We have all the confidence in the world. Whether we're playing outside at a park. Anywhere, at the YMCA. We're going to bring our best," Ham says.

TMJ4 Main Sports Anchor Lance Allan asked, "Yes we need dialogue. Yes we need talk. But maybe even a little less talk and a little more action? Is that kind of what it is?"