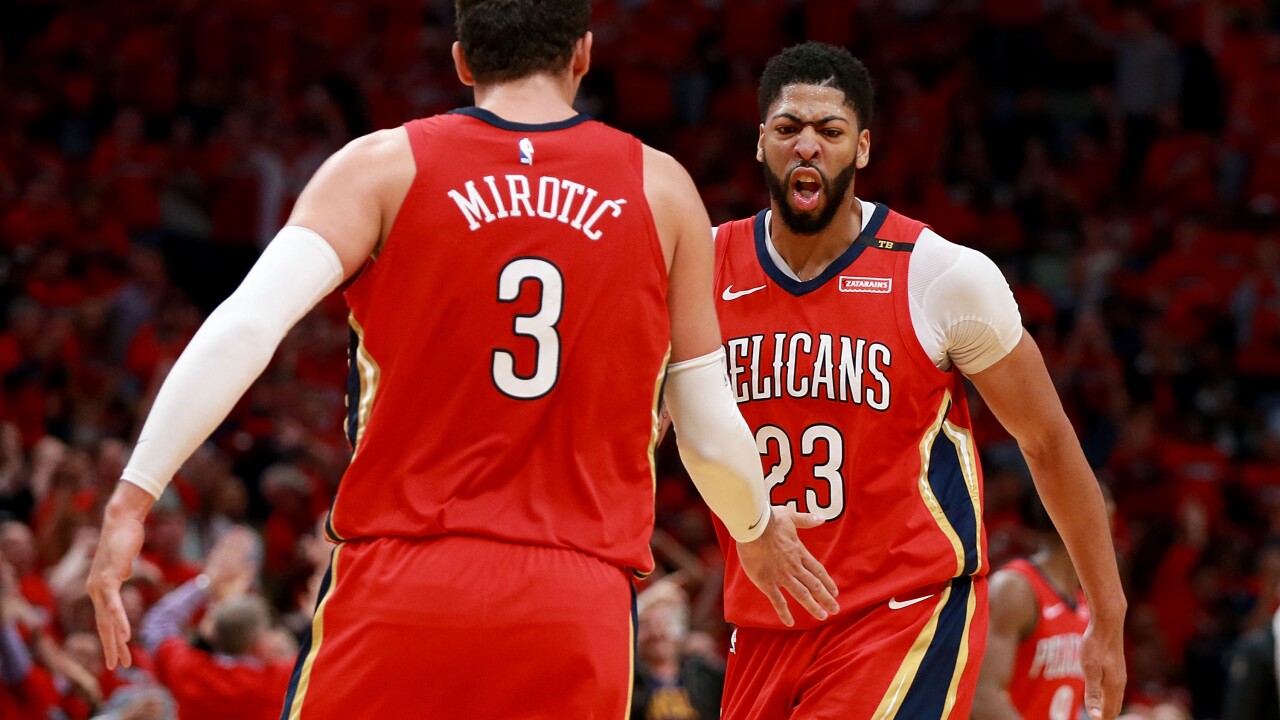 Getty Images 2018
Sean Gardner/Getty Images
NEW ORLEANS, LA - APRIL 19: Anthony Davis #23 of the New Orleans Pelicans and Nikola Mirotic #3 of the New Orleans Pelicans react after scoring against the Portland Trail Blazers during Game 3 of the Western Conference playoffs at the Smoothie King Center on April 19, 2018 in New Orleans, Louisiana. NOTE TO USER: User expressly acknowledges and agrees that, by downloading and or using this photograph, User is consenting to the terms and conditions of the Getty Images License Agreement. (Photo by Sean Gardner/Getty Images)

MILWAUKEE -- The Milwaukee Bucks are gearing up for a long playoff run, acquiring three-point specialist Nikola Mirotic from the New Orleans Pelicans in exchange for Jason Smith and Stanley Johnson.

Bucks will send Jason Smith and Stanley Johnson to Pelicans for Mirotic, per source. https://t.co/D28YlR6zQ5

Although it may not be the trade many fans wanted from the Pelicans in Anthony Davis, this is a great move made by Milwaukee's front office.

According to ESPN'S Adrian Wojnarowski, the Bucks will also send four second-round picks to New Orleans.