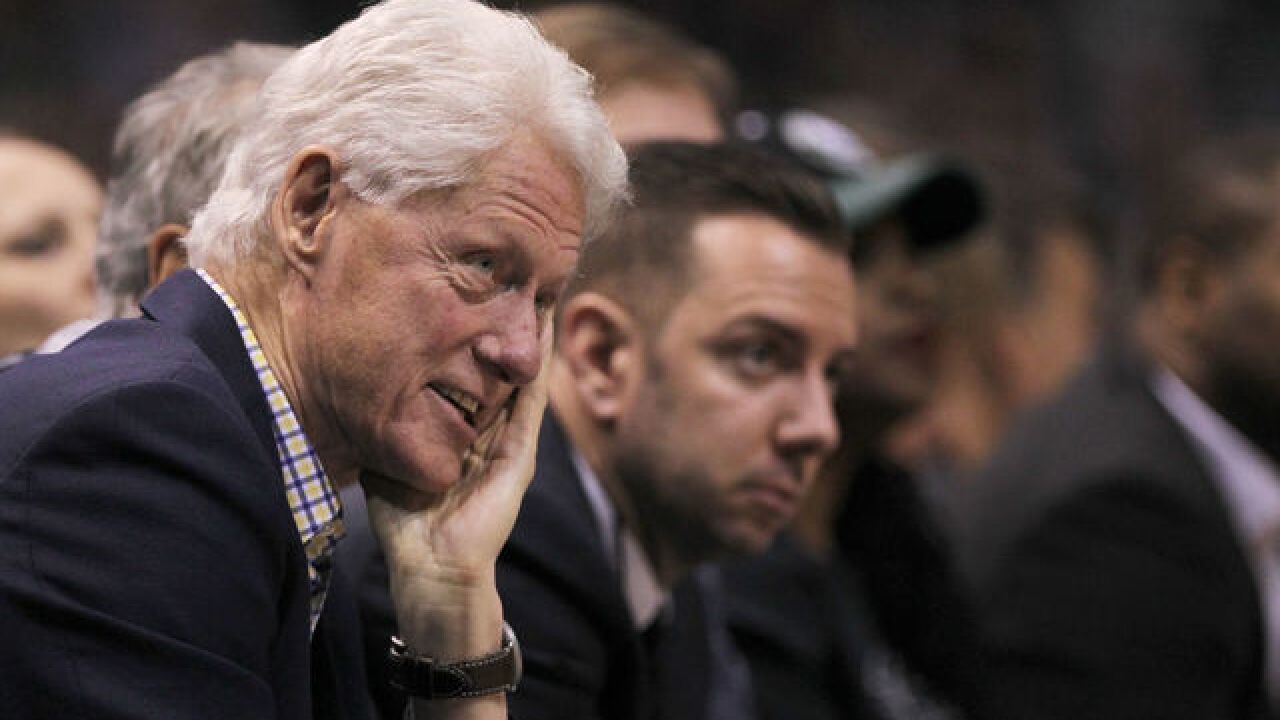 Image copyright 2018 Getty Images. All rights reserved. This material may not be published, broadcast, rewritten, or redistributed.
Dylan Buell
MILWAUKEE, WI - APRIL 26: Former President of the United States Bill Clinton looks on during Game Six of Round One of the 2018 NBA Playoffs between the Milwaukee Bucks and Boston Celtics at the Bradley Center on April 26, 2018 in Milwaukee, Wisconsin. NOTE TO USER: User expressly acknowledges and agrees that, by downloading and or using this photograph, User is consenting to the terms and conditions of the Getty Images License Agreement. (Photo by Dylan Buell/Getty Images)

After the game, Clinton swooned over Brook Lopez, Giannis Antetokounmpo, George Hill and the general makeup of the team.

.@BillClinton was in Brooklyn tonight and spoke with @JaredSGreenberg about his love for the NBA!#GameNight pic.twitter.com/tKS6xpTFDy

"I like Brook Lopez a lot," Clinton said. The former president is a fan of the Nets, the team he watched Lopez begin his career with in 2008 when it was still the New Jersey Nets.

When asked about Antetokounmpo, Clinton said, "He's unbelievable. He's really come into his own this year. I love to watch him."

Clinton went on to compliment the Bucks on how they've added talent around Antetokounmpo, focusing on Hill.

"George Hill is reliable. He's a great team player that adds value to every place he's ever played."

The Bucks made a ton of moves in the offseason to improve the depth around their franchise player. At 39-13, it appears the team's plan is working to perfection.