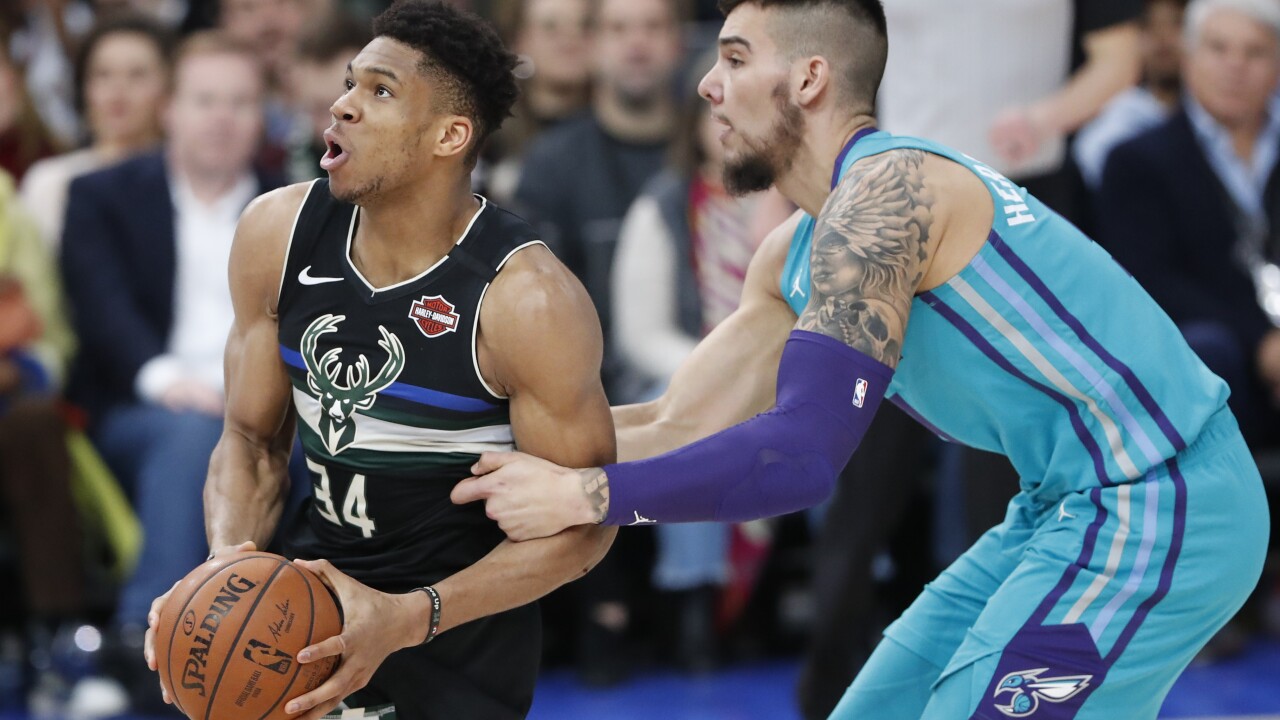 PARIS — Giannis Antetokounmpo had 30 points and 12 rebounds and the NBA-leading Milwaukee Bucks beat the Charlotte Hornets 116-103 on Friday night in the first NBA regular-season game in France.

Milwaukee improved to 40-6 with its eighth straight victory. The Bucks have the best 46-game start in franchise history. They were 39-7 in 1970-71 when they went on to win the NBA championship.

Eric Bledsoe added 20 points and five assists for the Bucks.

Malik Monk led Charlotte with 31 points. The Hornets have lost eight in a row.

Milwaukee rallied to tie it at 78 going into the fourth quarter. Pat Connaughton put the Bucks in front with a dunk in the fourth. Then Antetokounmpo got going, drawing a foul as he slalomed through the defense.