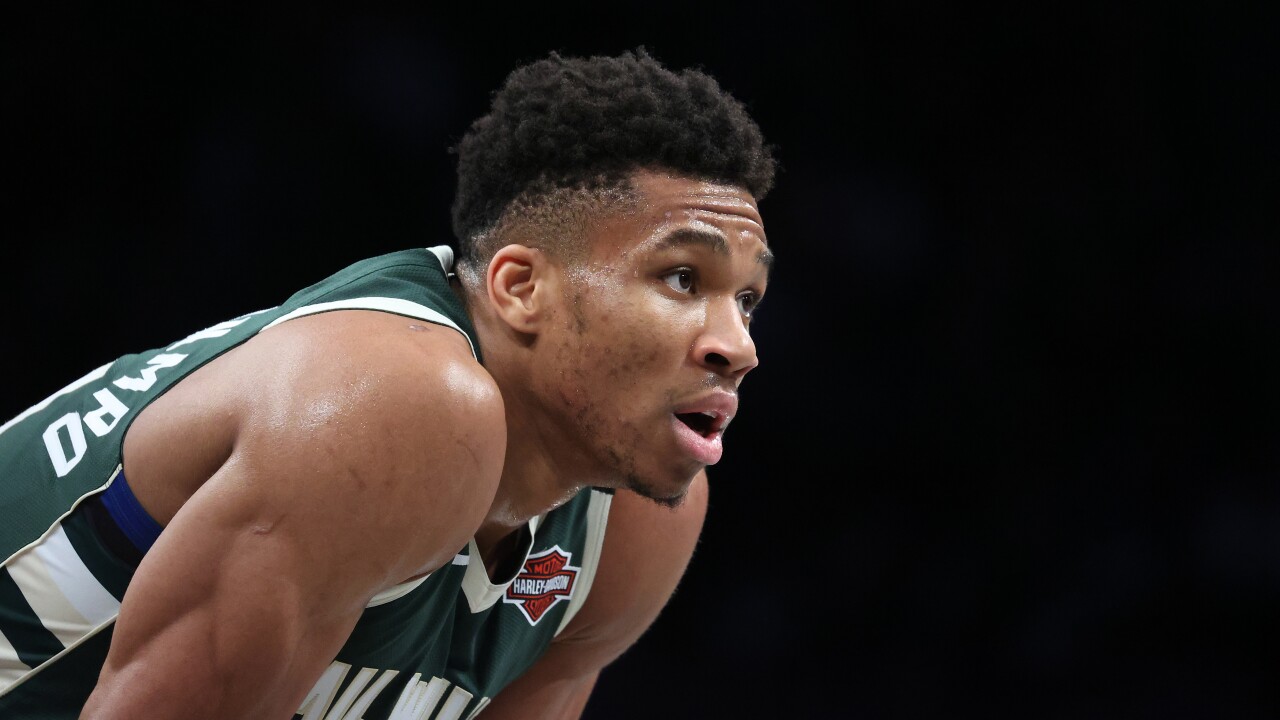 TORONTO — Giannis Antetokounmpo had 19 points and 19 rebounds, Khris Middleton scored 22 points and the Milwaukee Bucks beat the Toronto Raptors 108-97 in a matchup between the top teams in the Eastern Conference.

Eric Bledsoe scored 17 points and Brook Lopez had 15 as the NBA-leading Bucks won their fifth straight and 18th of 20.

Milwaukee was playing the second game of a back-to-back after winning in overtime at Washington Monday.

Pascal Siakam scored 22 points and Fred VanVleet had 14 as the defending NBA champion Raptors lost for the second time in 19 games.