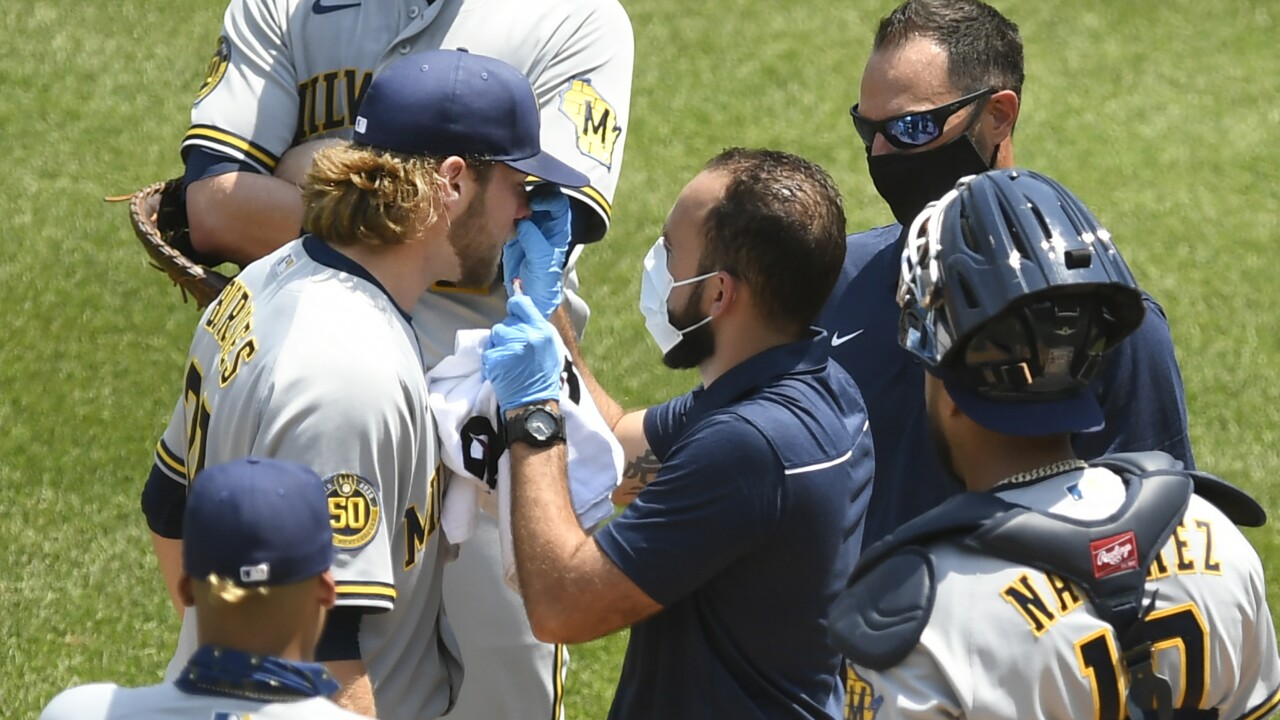 Paul Beaty/AP
Milwaukee Brewers starting pitcher Corbin Burnes is tended to during the first inning of a baseball game against the Chicago Cubs Saturday, July 25, 2020, in Chicago. (AP Photo/Paul Beaty

CHICAGO (AP) — Christian Yelich and Justin Smoak hit long home runs, umpires intervened before a shouting match between the teams got too serious and the Milwaukee Brewers powered past the Chicago Cubs 8-3.

Without fans at Wrigley Field, players from both teams could be heard shouting toward each other from their dugouts before the start of the fourth inning.

Cubs All-Star catcher Willson Contreras seemed to be barking the loudest from the warning track in front of the dugout, and several players from both sides popped out onto dirt near their benches.

Umpires jumped in and calmed things down quickly before players could cross the foul lines.

The Brewers will finish their series against the Cubs Sunday at 1:20 p.m.