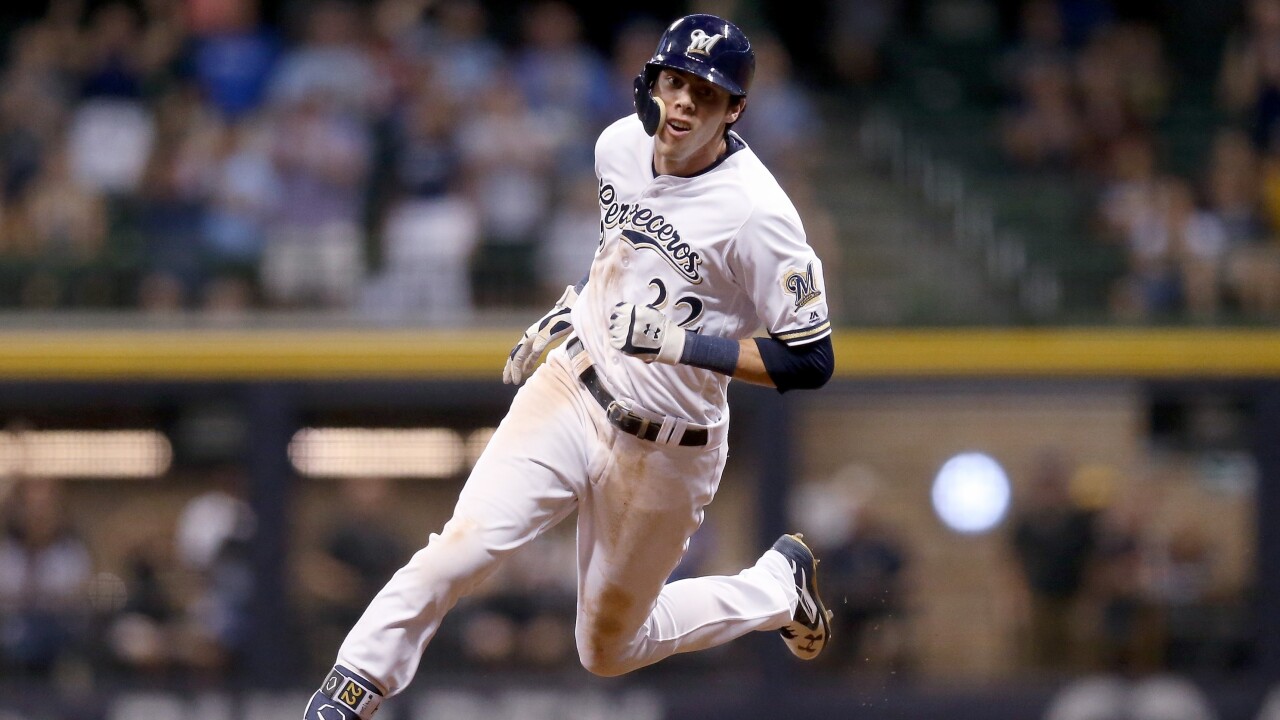 MILWAUKEE — The reigning National League MVP did big MVP things Saturday night in Game 3 of the final series with the Chicago Cubs.

Christian Yelich became the 10th player in major league history to have a 40-30 season. He hit his 44th home run in Friday's game against the Cubs, then stole three bases Saturday to reach 30 on the season. Of the 10 players to accomplish such a feat, is teammate Ryan Braun who hit 41 homers and stole 30 bases back in 2012. He was the last MLB player to do so.

There has never been a 50-30 player, according to MLB.com. Yelich is six home runs away. There are 21 games left on the season.

Yelich wasn't done there on Saturday night. In true MVP fashion, number 22 hit a two out, 0-2, walk-off double in the bottom of the ninth. Tyler Austin scored from first after a throwing error from Cubs' Addison Russell put him on base.

You won't get any closer to an MVP moment than this! #ThisIsMyCrew pic.twitter.com/zmBmboSCoC

The Crew takes on the Cubbies at Miller Park on Sunday at 1:10 p.m. in the final match-up of the rivals this regular season. Both teams are vying for Wild Card seats in the 2019 postseason.