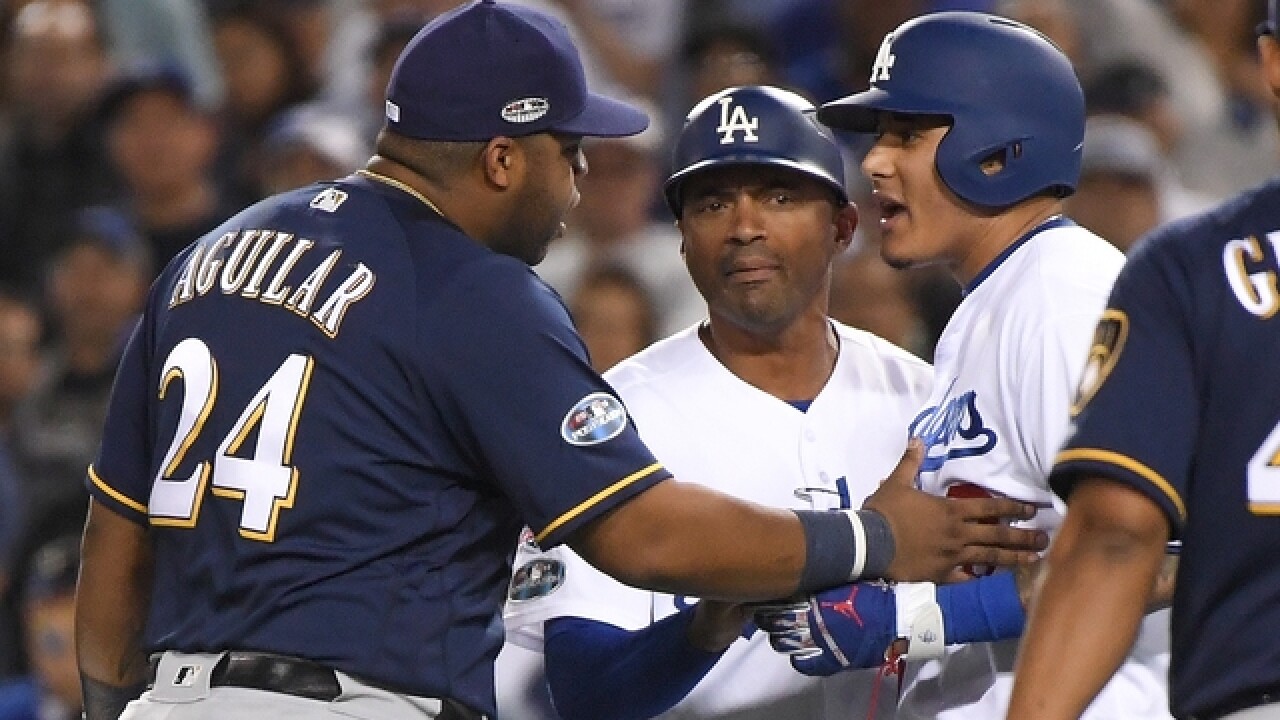 Image copyright 2018 Getty Images. All rights reserved. This material may not be published, broadcast, rewritten, or redistributed.
Harry How

In Game 4 of the NLCS, Dodgers' shortstop Manny Machado grounded out in the 10th inning. A pretty routine play turned controversial after it appeared Machado dragged his foot to intentionally kick Brewers' first baseman Jesus Aguilar.

Still in shock that Manny Machado wasn’t ejected after this 😡😤 pic.twitter.com/kghqiw9wy9

This led to the benches being cleared but nothing more came of it. Thankfully, Aguilar was not injured on the play. Aguilar and Machado even hugged after Machado singled in the 13th inning. He would later score the winning run.

Members of the Brewers were not happy about the play. Christian Yelich even went as far as calling Machado, "a dirty player."

See the questionable play and decide for yourself if the play was dirty or not.