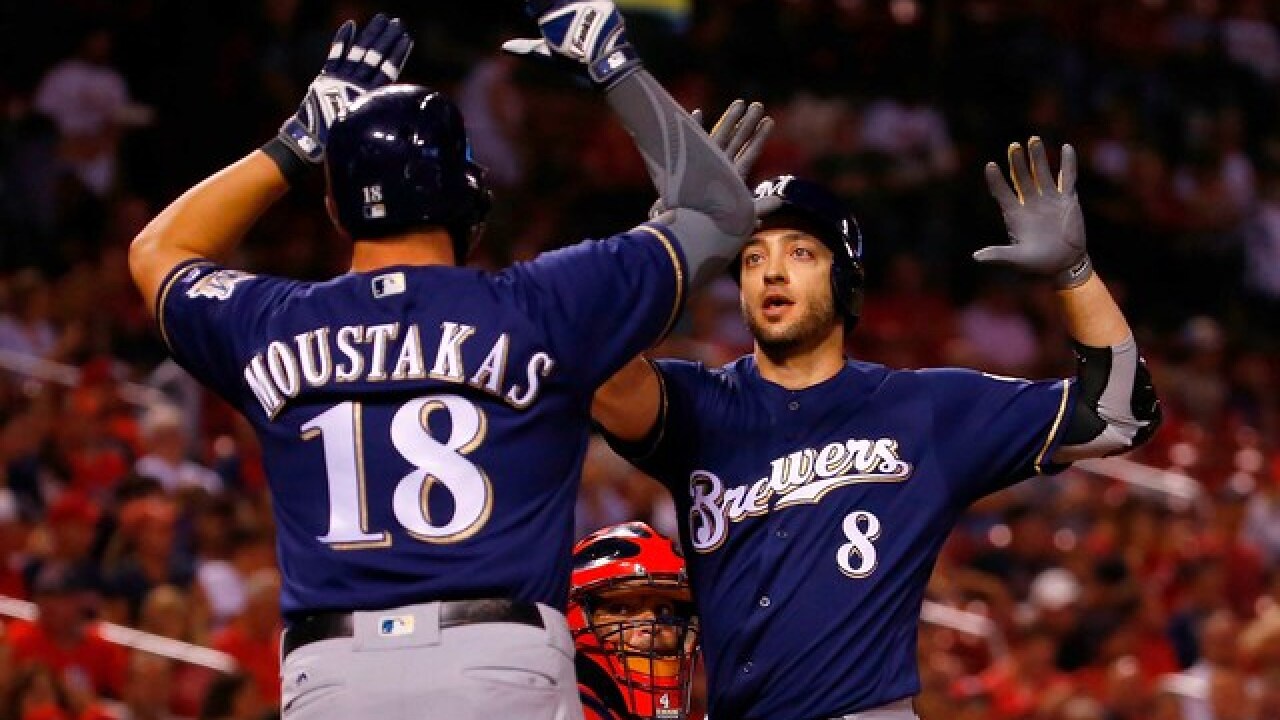 MILWAUKEE -- After seven straight years of disappointment at Miller Park, the Brewers have officially clinched a spot in the 2018 MLB playoffs after a 2-1 win over the St Louis Cardinals.

After missing the 2017 postseason by just one game, Brewers General Manager David Stearns made it clear that the disappointment would not continue into next year.

Stearns went out and signed former ALCS MVP Lorenzo Cain, and traded for one of the league's best overall players, Christian Yelich. He also signed starting pitcher Jhoulys Chacin, who leads the team in ERA (3.61), wins (14) and strikeouts (150).

Once the season began, the emergence of Josh Hader took MLB by storm. Hader's 138 strikeouts in 78 innings pitched, as a relief pitcher, leads the league. In just his second season, Hader was named to the NL All-Star Team. As it has been all season long, his presence will be vital in October.

Despite being a solid team already, Stearns wasn't done. In order to keep up with the rival Chicago Cubs, he went out and acquired Jonathan Schoop, Mike Moustakas, Joakim Soria and Gio Gonzales.

Not only has Stearns given the Brewers a chance to go far into October, but he is certainly making his case for General Manager of the Year.

Right now, the Brewers hold the top Wildcard spot and would get home field advantage. They are a half-game back of the Chicago Cubs in the NL Central race, who are currently winning in Pittsburgh.