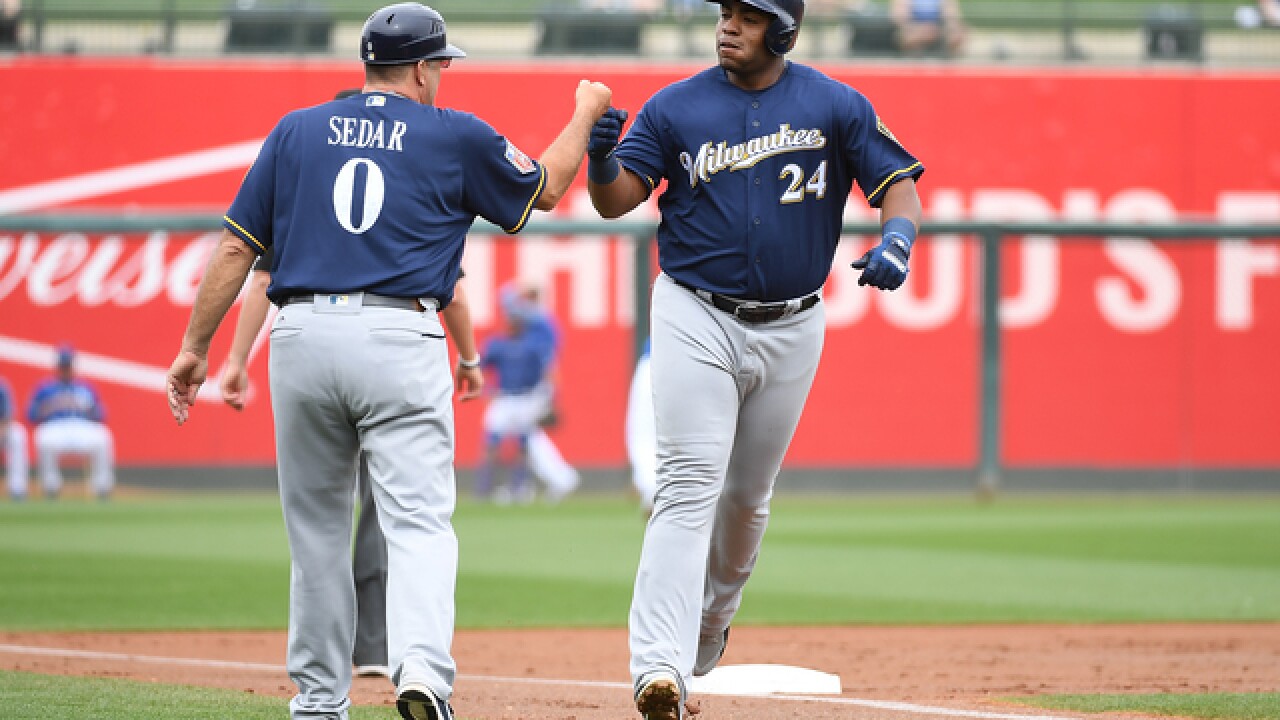 Copyright 2018 Scripps Media, Inc. All rights reserved. This material may not be published, broadcast, rewritten, or redistributed.
Norm Hall
SURPRISE, AZ - MARCH 07: Jesus Aguilar #24 of the Milwaukee Brewers is congratulated by third base coach Ed Sedar #6 after hitting a solo home run against the Kansas City Royals during the second inning of a spring training game at Surprise Stadium on March 7, 2018 in Surprise, Arizona. (Photo by Norm Hall/Getty Images)

MILWAUKEE — Ed Sedar is transitioning into a new role as an adviser to the Brewers' coaching staff after working as a first-base or third-base coach in Milwaukee for the last 14 seasons.

That move marked the biggest change as the Brewers announced their 2021 coaching staff Wednesday.

Quintin Berry will take over as a base coach next season after working as the Brewers’ minor league outfielder and baserunning coordinator from 2019-20.