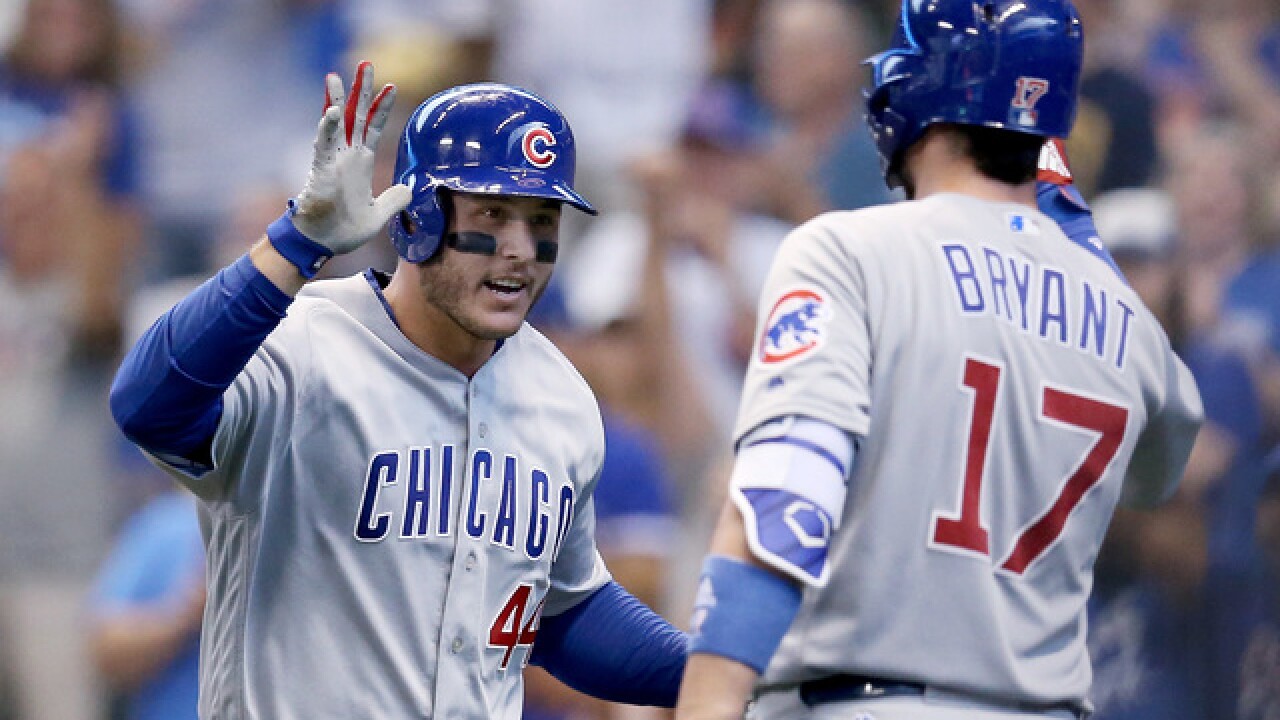 Image copyright 2018 Getty Images. All rights reserved. This material may not be published, broadcast, rewritten, or redistributed.
Dylan Buell
<p>MILWAUKEE, WI - SEPTEMBER 03: Anthony Rizzo #44 and Kris Bryant #17 of the Chicago Cubs celebrate after Rizzo hit a home run in the eighth inning against the Milwaukee Brewers at Miller Park on September 3, 2018 in Milwaukee, Wisconsin. (Photo by Dylan Buell/Getty Images)</p>

CHICAGO -- As if this MLB offseason doesn't have enough headlines with Bryce Harper and Manny Machado rumors, Chicago Cubs President Theo Epstein dropped a bombshell during an interview this week regarding the team's offseason plans.

According to ESPN's Buster Olney , Epstein was asked about the availability of Kris Bryant and Anthony Rizzo. Epstein responded with "we've never operated with untouchables," meaning there is no player on the Cubs current roster that has secured a spot on next year's roster.

In his article, Olney suggests that the team could trade the former Rookie of the Year and MVP "as soon as this winter." Bryant struggled last season after going on the disabled list twice with a nagging shoulder injury.

Rizzo, on the other hand, won another Gold Glove at first base earlier this week and had another solid season at the plate. The thought of trading one of the league's best first baseman and overall players seems a bit far-fetched, but anything is possible with Epstein at the helm.

The Cubs President has a history of trading big stars, most notably Nomar Garciaparra and Manny Ramirez of the Red Sox.

With the Cubs tight payroll going into next season, the team could be headed for a very interesting winter.