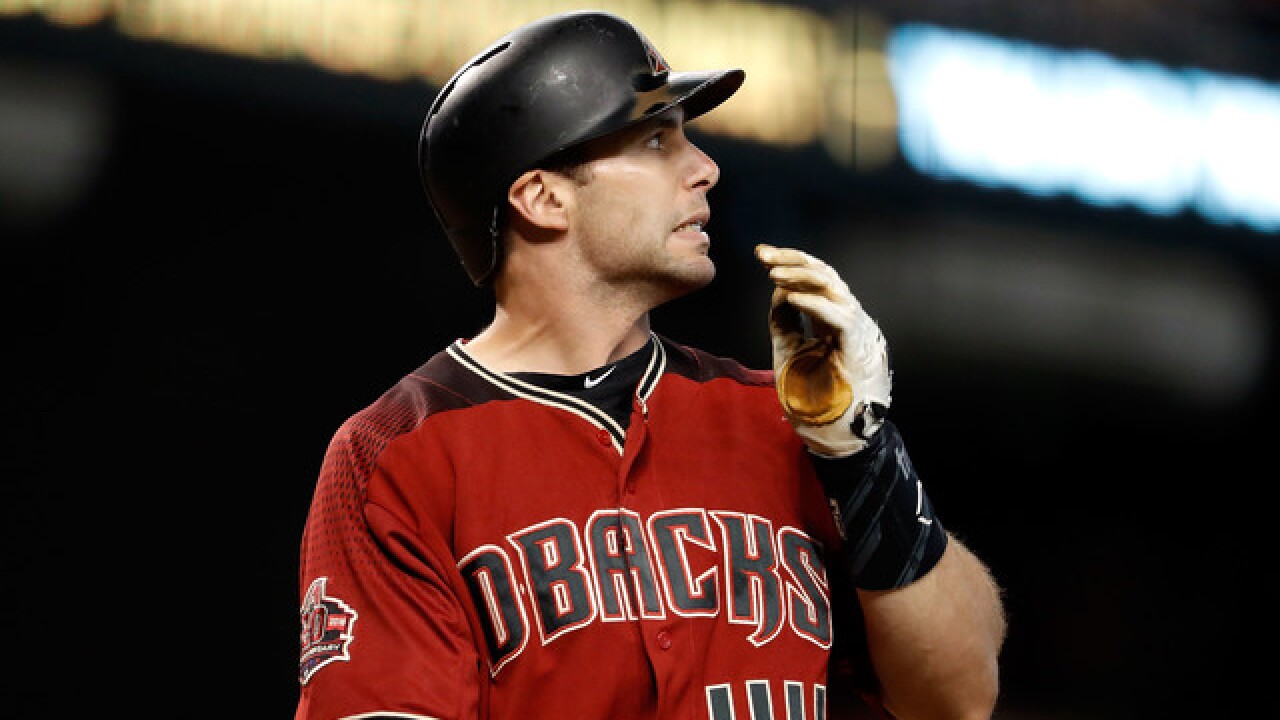 Image copyright 2018 Getty Images. All rights reserved. This material may not be published, broadcast, rewritten, or redistributed.
Chris Coduto
<p>PHOENIX, AZ - SEPTEMBER 23: Paul Goldschmidt #44 of the Arizona Diamondbacks reacts after hitting a foul ball during the bottom of the eighth inning against the Colorado Rockies at Chase Field on September 23, 2018 in Phoenix, Arizona. (Photo by Chris Coduto/Getty Images)</p>

ST. LOUIS -- The National League Central Division just got even tougher, as the Cardinals have acquired 6-time All-Star Paul Goldschmidt from the Diamondbacks.

Stlcards will be getting Goldy

The #STLCards have acquired six-time NL All-Star 1B Paul Goldschmidt from the Arizona Diamondbacks in exchange for C Carson Kelly, RHP Luke Weaver, INF Andy Young and the club's Compensation Round B selection in the 2019 MLB Draft. #TimeToFly pic.twitter.com/65SThIrDli

Goldschmidt is one of the best players in Major League Baseball, defensively and offensively. The 31-year-old has won three Gold Gloves, four Silver Slugger awards.

St Louis finished third in the division last season, but missed the wild-card by just 2.5 games.

Last season, the Cardinals added outfield slugger Marcell Ozuna from the Miami Marlins. Adding Goldschmidt to an offense that was top-ten in RBI's and 11th in overall runs-scored spells disaster for the rest of the division.

The Cards will part ways with pitcher Luke Weaver, Andy Young and the club's Compensation Round B selection in the 2019 MLB draft.