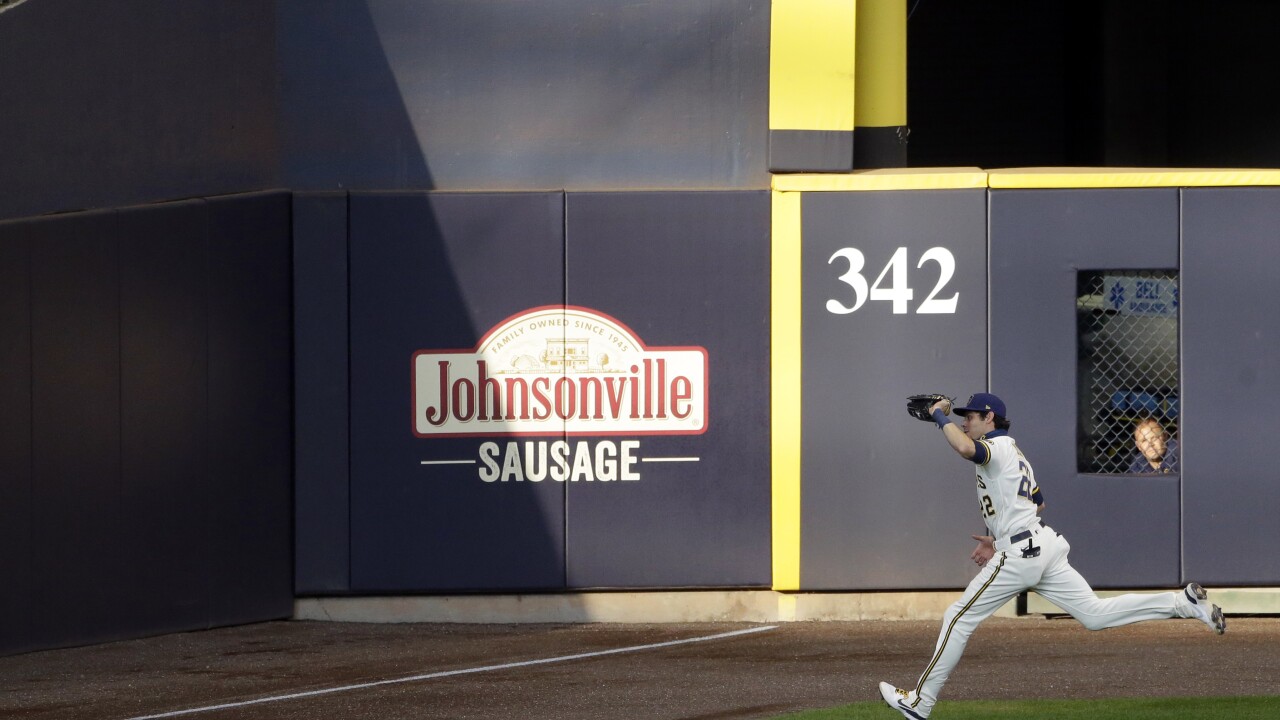 Aaron Gash/AP
Milwaukee Brewers' Christian Yelich catches a fly ball during the sixth inning of the first baseball game of a doubleheader against the Cincinnati Reds, Thursday, Aug. 27, 2020, in Milwaukee. (AP Photo/Aaron Gash)

MILWAUKEE (AP) — Wade Miley allowed one hit over four scoreless innings to help Cincinnati to a 6-0 victory over the Milwaukee Brewers, completing a doubleheader sweep one day after the teams opted not to play to protest racial injustice.

The reactions by the teams followed the weekend shooting by police of Jacob Blake, a Black man, in Kenosha, Wisconsin, about 40 miles south of Milwaukee.

Other major league teams have since followed, with seven games postponed Thursday.

The Reds won the opener 6-1 behind two homers by Jesse Winker.