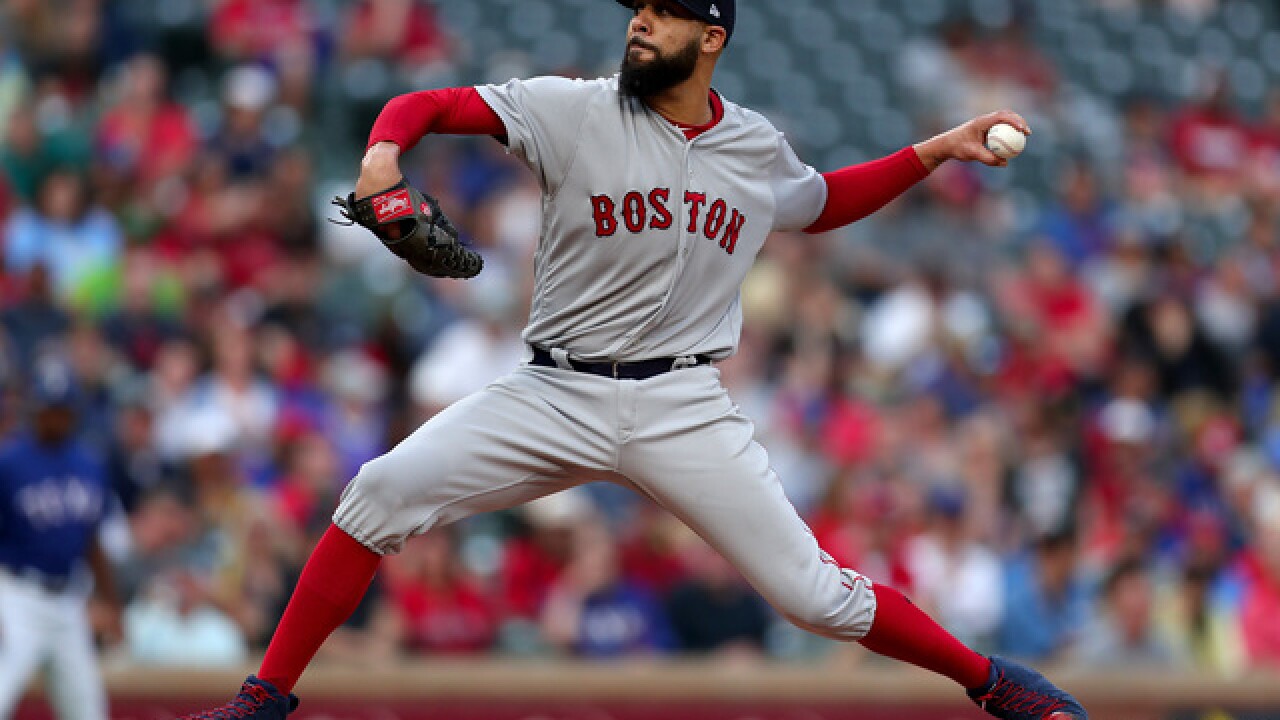 Image copyright 2018 Getty Images. All rights reserved. This material may not be published, broadcast, rewritten, or redistributed.
Tom Pennington
<p>ARLINGTON, TX - MAY 03: David Price #24 of the Boston Red Sox pitches against the Texas Rangers in the top of the first inning at Globe Life Park in Arlington on May 3, 2018 in Arlington, Texas. (Photo by Tom Pennington/Getty Images)</p>

After a recent injury, Boston Red Sox pitcher David Price might need a chug jug or a med kit. Or he just needs to lay off the Fortnite.

Price's injury, listed as mild carpal tunnel that will cause him to miss his start against the Yankees, was heavily scrutinized by Boston Globe columnist Dan Shaughnessy, who called out the pitcher for being too addicted to the online game.

"We certainly don’t know the source of Price’s injury, but every definition of CTS cites video games as a possible cause of the syndrome," Shaughnessy wrote in his column. "CTS occurs when one of the major nerves to the hand is squeezed or compressed as it travels through the wrist. It happens to some people who type a lot. It happens to gamers and eSport competitors."

Price told the media Thursday he would no longer be playing Fortnite, though he denied that it caused an injury.

"I won't be playing at the field," Price told Chris Mason of the Eagle Tribune. "That's already caused enough noise. That's not the issue though, I promise you that."

Price told the Athletic that his teammates will play until 2 a.m. on some nights depending on their upcoming schedule, and Chris Sale, Craig Kimbrel, Xander Bogaerts and plenty others are heavily into the game.

But Price is willing to quit cold turkey, if that what it takes.

"If I need to shut down video games and pick up a new hobby then so be it, but I do not think that's the cause," Price said via Mason.

The Red Sox aren't the only team playing Fortnite during their free time, the Milwaukee Brewers recently got some publicity for playing the game on the Miller Park jumbotron.

“It is a beautiful day. Give @FortniteGame a break and play outside.”

But none of the Brewers players have come down with carpal tunnel, at least for now.

Fortnite, a massive battle royale, free-to-play game has been the story of the year in the world of gaming.

At one point this February, they reported having 3.4 million players, the all-time record for concurrent players at one time. And their momentum isn't slowing down. with updates coming out to keep the game fresh, it will be hard to keep David Price and the rest of the MLB away from the screen.

Price's current contract is for seven years and $217 million.