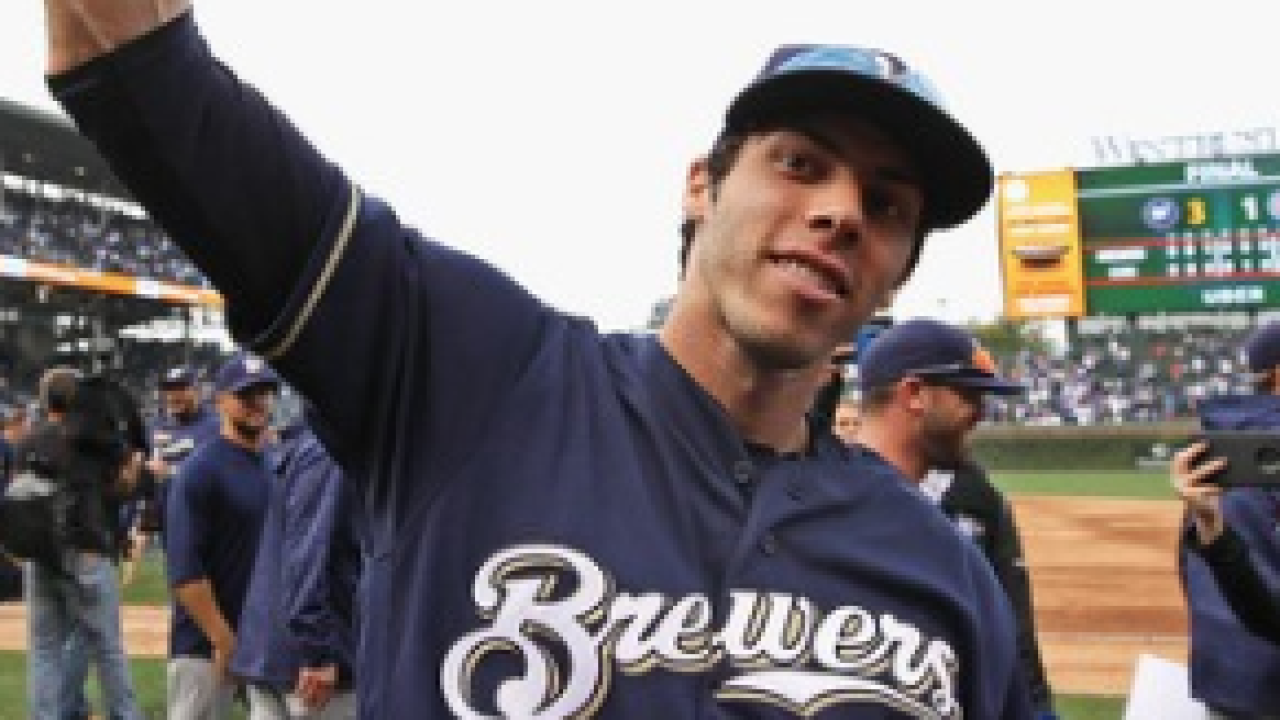 PITTSBURGH — Attention all sea-faring vessels around PNC Park in Pittsburgh: Your boats are not safe while Milwaukee All-Star Christian Yelich is in town, especially when he is practicing for next week’s Home Run Derby.

During batting practice with former Marlins coach Pat Shine, Yelich, who entered Friday night’s game against the Pirates with an MLB-leading 31 home runs, broke the window of a boat parked in the Allegheny River, which is beyond right field at PNC Park.

The authorities were called, according to a tweet from Fox Sports reporter Sophia Minnaert, but Yelich was not taken in for questioning.

Christian Yelich did a practice round for the Home Run Derby at PNC Park today with former Marlins coach Pat Shine. He broke the window of a boat parked in the Allegheny River outside right field. Cops were called, Yelich was not arrested. 😂

We would love to bring .@ChristianYelich in for questioning regarding this incident. How’s 7:05 tonight sound?

I’m sure the @Pirates would miss you, but justice must be served… #LetsGoBucs https://t.co/3Elc80vUnH

Police Respond to 911 Call About Baseballs Into the Allegheny River

At about 2:30 p.m. Allegheny County 911 received a call from a complainant along the River Walk outside PNC Park about someone throwing baseballs out of the stadium in rapid succession.

The caller said there were about ten balls that came over the fence hitting at least one boat docked in the Allegheny River.

A Pittsburgh Bureau of Police officer responded to the call to explain that batting practice was taking place before the Pittsburgh Pirates 7:05 p.m. EST game against the Milwaukee Brewers.

Meantime, the owner of a houseboat that was hit with a ball told a member of Pittsburgh EMS River Rescue who came to check if anyone was hurt, that they are well aware of the risk of docking outside PNC Park. They didn’t want to file a formal complaint.

The 911 caller, who would like to remain anonymous, told Pittsburgh Public Safety, “I guess if they weren’t Pirates’ baseballs hitting boats, then it doesn’t bode well for tonight’s game.”

Pittsburgh Police are NOT investigating.

Yelich did not seem too concerned about the incident, offering a shrug on Twitter.

Yelich is scheduled to face Toronto’s Vladimir Guerrero Jr. in the first round of the event Monday at Progressive Field in Cleveland, site of this year’s All-Star Game.