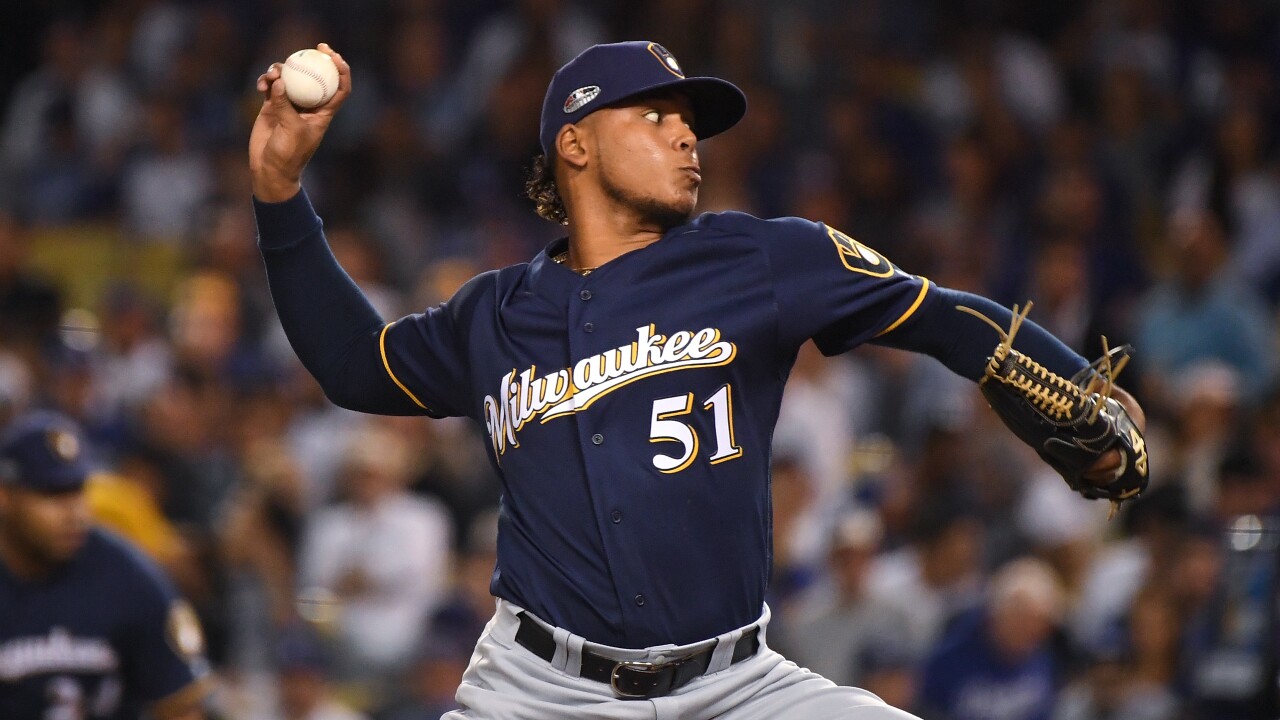 CINCINNATI (AP) -- Freddy Peralta threw two-hit ball for a career-high eight innings, and Manny Pina singled home a run with Milwaukee's only hit off Luis Castillo on Wednesday, leading the Brewers to a 1-0 victory and a three-game sweep of the Cincinnati Reds.

The defending NL Central champions improved 6-1, two games better than last year's start when they tied the club record with 96 wins. Five of the wins have been by one run, with their pitching making the most of an offense yet to hit its stride.

Peralta (1-0) lasted only three innings on Friday during the Brewers' only loss, to the Cardinals, but he dominated the Reds. Eugenio Suarez singled in the second, and Peralta retired his next 20 batters before Curt Casali singled in the eighth.

Peralta allowed only two runners, fanned 11 and threw 100 pitches, retiring the Reds exclusively on strikeouts or balls hit in the air -- not one groundout. Alex Wilson gave up a walk and a single in the ninth while getting his first save.

Pina's RBI single in the second was Milwaukee's only hit off Castillo (0-1), who walked four and struck out nine in seven innings. A walk and a balk set up the run.

Cincinnati completed its opening homestand at 1-4, their same mark as a year ago. The Reds' starting pitching has been better, improved by three offseason trades, but their offense has struggled.

The Reds entered last in the NL in runs (11) and batting average (.183). Starting outfielders Jesse Winker, Matt Kemp and Scott Schebler fell to a combined 1 for 42 this season.