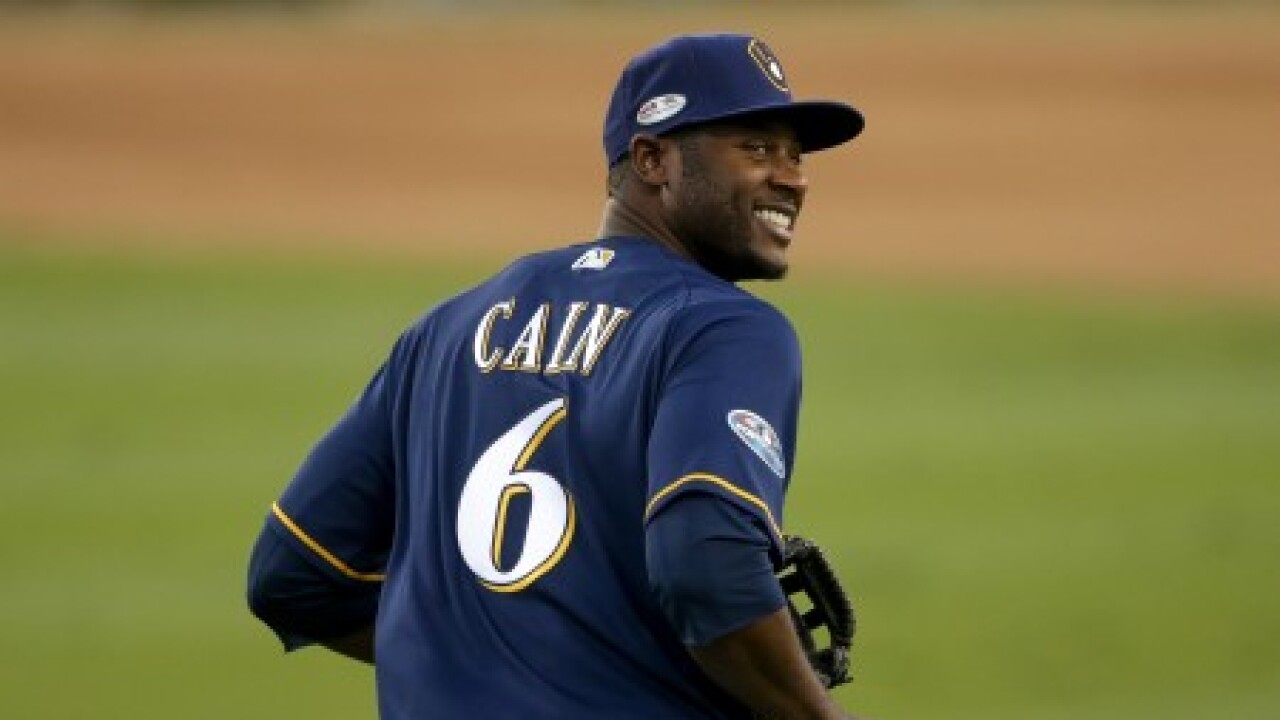 WASHINGTON (AP) — Based on what everyone says about Washington Nationals righty Max Scherzer, he seems like an obvious choice to start the NL wild-card game against Milwaukee.

Scherzer is, in the words of Brewers manager Craig Counsell, "probably going to the Hall of Fame."

Brandon Woodruff, Counsell's choice to start for visiting Milwaukee on Tuesday night, couldn't wait to meet Scherzer at the All-Star Game and admires the three-time Cy Young Award winner because he has that "kind of fire inside of him a little bit."

Is it really that clear-cut? Martinez could have, instead, gone with Stephen Strasburg, who, unlike Scherzer (11-7, 2.92 ERA, 27 starts), was healthy all year and put up some of the best numbers of his career. Strasburg and rotation-mate Patrick Corbin will be available in the bullpen.

There's also an elephant in the room: Scherzer's postseason statistics.

It is unfashionable these days to even mention win-loss records when it comes to pitchers, but Scherzer's teams — the Nationals and, before that, the Detroit Tigers — have not enjoyed much success with him on the mound in the playoffs.

Since a 2013 AL Division Series victory for Detroit against Oakland, Scherzer has made seven postseason appearances, in a mix of starting and relieving, and his teams are 0-7. Scherzer himself is 0-4 in that stretch, lowering his career record in the postseason from 4-1 to 4-5.

"Season's on the line. I've pitched in these situations before, and it's just crazy baseball. The intensity's out of your mind," said Scherzer, who took the loss in Washington's most recent October flop, coming in during the fifth inning of a Game 5 home loss to the Chicago Cubs in a 2017 NLDS. "And you've got to go out there and be your best and just compete as hard as you can."

The Nationals are 0-3 in winner-take-all postseason games, all at home. They've never advanced in four previous trips to the playoffs during the last eight years.

The Brewers, in contrast, made it to a Game 7 of the NLCS just a year ago.

Another disparity at play in a game that will determine who advances to face the NL West champion Los Angeles Dodgers starting Thursday: how they try to get 27 outs.

"We're different. And I think playoff teams should be different," Counsell said. "I think that's cool."

The Nationals rely heavily on their rotation, led by Scherzer, Strasburg and Corbin, who all ranked in the top 10 in the NL in ERA, strikeouts and opponents' batting average. Their bullpen's collective ERA, meanwhile, was the worst in the majors this season.

That is part of the reason Martinez says Strasburg and Corbin are available in relief.

"A game like (today), you put roles aside, you put egos aside, and you go with your best guys," closer Sean Doolittle said, "and those are our best guys."

Milwaukee, in contrast, is at the vanguard of the trend around the majors to change pitchers early and often.

"For me," Woodruff said, "I'm looking at it, coming into (today), treating it like any other start, where my goal is to finish the game."

That won't happen, of course. Woodruff (11-3, 3.62 ERA in 22 starts) has pitched in only two games since returning from a strained left oblique that sidelined him for nearly two full months; he went two hitless innings each time. Even if he was healthy, Counsell would be quick to get All-Star Josh Hader and the rest of the bullpen involved.

Both clubs made a big push to get this far, so maybe it won't matter to either side that Monday's planned workouts at Nationals Park were limited because of rain.

Washington closed the regular season on its longest winning streak of 2019, eight games, to cap a turnaround that saw them go from 19-31 on May 23 to 93 wins.

Milwaukee, meanwhile, was in third place in its division as August ended and just a couple of games above .500, before using a 21-4 run — despite losing 2018 NL MVP Christian Yelich to a fractured kneecap — to get back to the playoffs.