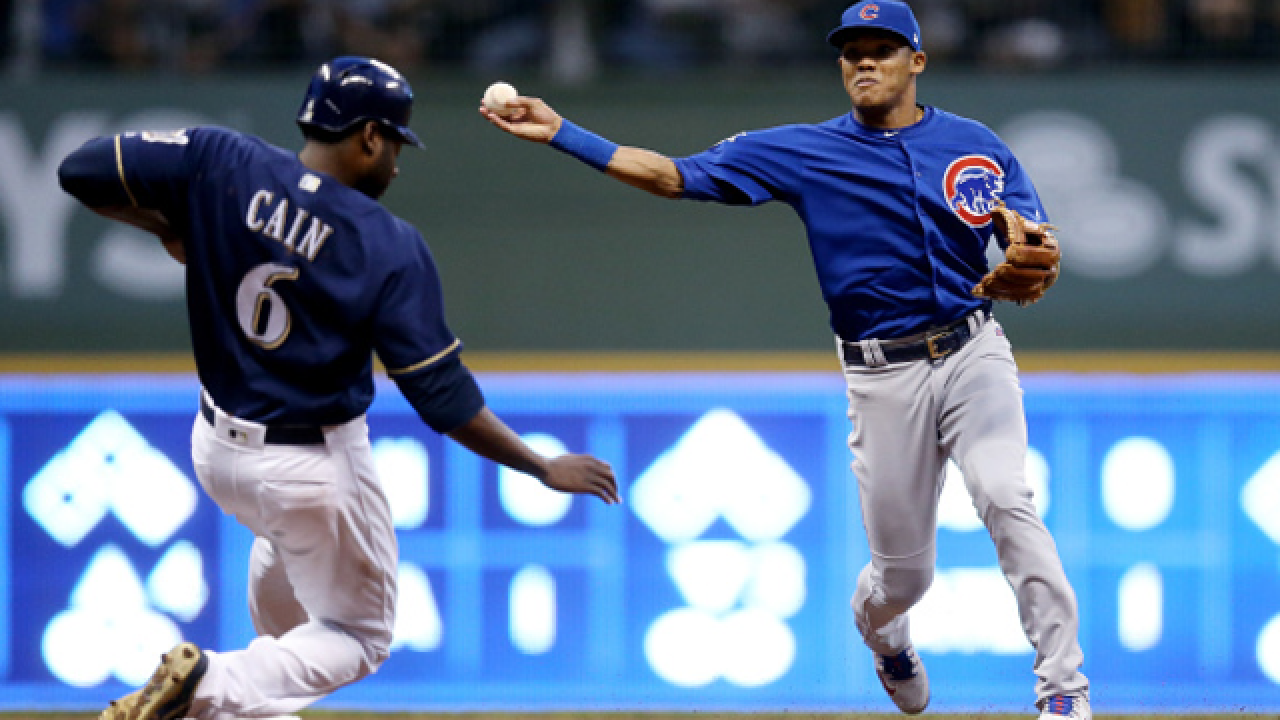 This week, Addison Russell's ex-wife Melissa Reidy posted on her blog graphic details about the alleged abuse that took place within their marriage. Russell denied those allegations last season when they surfaced, and did so again Friday afternoon with Cubs President Theo Epstein.

Reidy explains in her post that Russell would get physical with her, curse at her and cause emotional stress. To read the blog post, click here .

Theo Epstein said of Addison Russell’s status with the Cubs: “We concur that (administrative leave) was appropriate in that situation.”

The Cubs released a statement on the situation, agreeing with MLB's decision.

The league has placed Addison Russell on administrative leave, and the Cubs released this statement: pic.twitter.com/1WoWDsLA3D

With less than two weeks to go in the regular season, there is no timetable for the return of Russell. With the Cubs set for another year of postseason baseball, it looks like they will be taking the field without their shortstop.