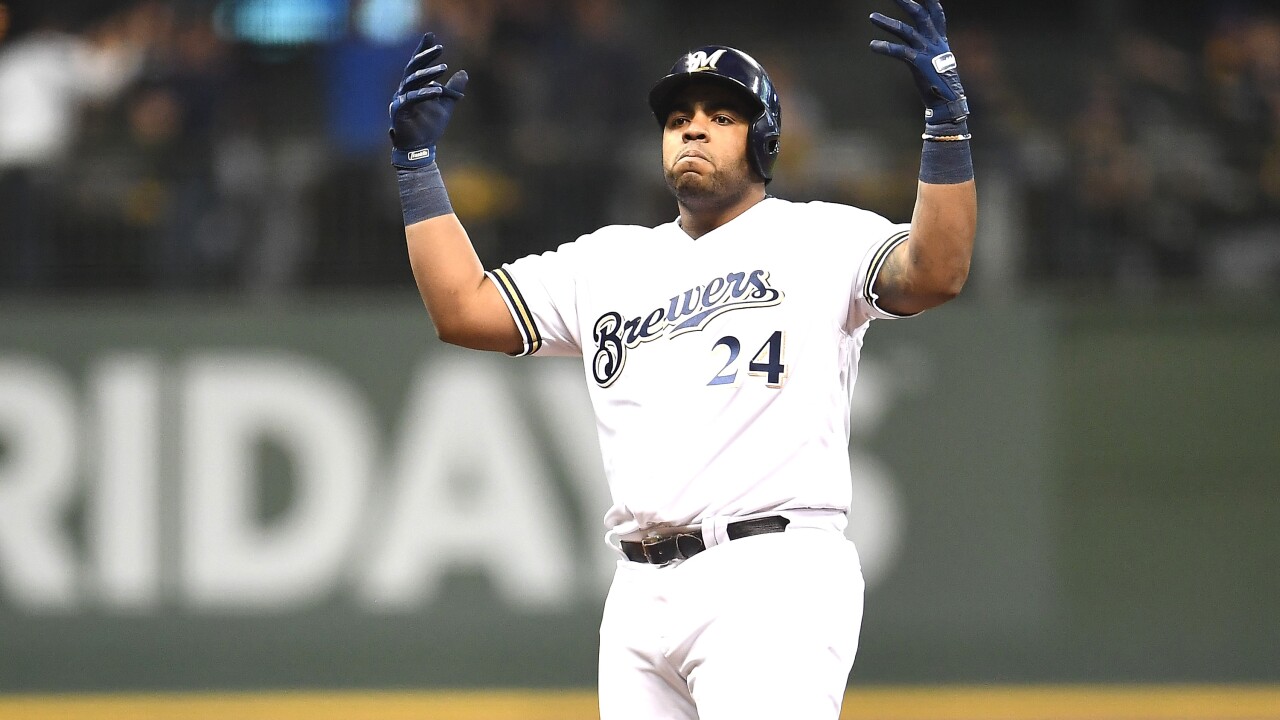 MILWAUKEE -- The Brewers are saying goodbye to an All-Star first baseman in an effort to build their pitching staff for a playoff run.

The Rays have been hunting for a right-handed bat leading up to the 4 p.m. deadline, and Jesus Aguilar, an All-Star last season, is the answer. Limited sample alert: After struggling much of the season, Aguilar is hitting .298/.346/.574 in 52 July plate appearances.

Aguilar joined the Brewers in the 2017 after several years in the Cleveland Indians organization. Originally struggling to find regular at-bats, Aguilar emerged as a force in the 2018 season and was selected as an All-Star for the first time.

Aguilar sported a .261 batting average during his three years with the Brewers, and was notable for his power - hitting 59 home runs over that span.

Faria has spent all three of his years in the big leagues pitching for the Rays, racking up a 9-8 record and a 4.18 ERA since 2017. He has been used as a starter in the past, but in 2019 has been used exclusively out of the bullpen.

Faria is the second pitcher the Brewers have added this week. On Monday, they traded Cody Ponce for former Pirate Jordan Lyles.