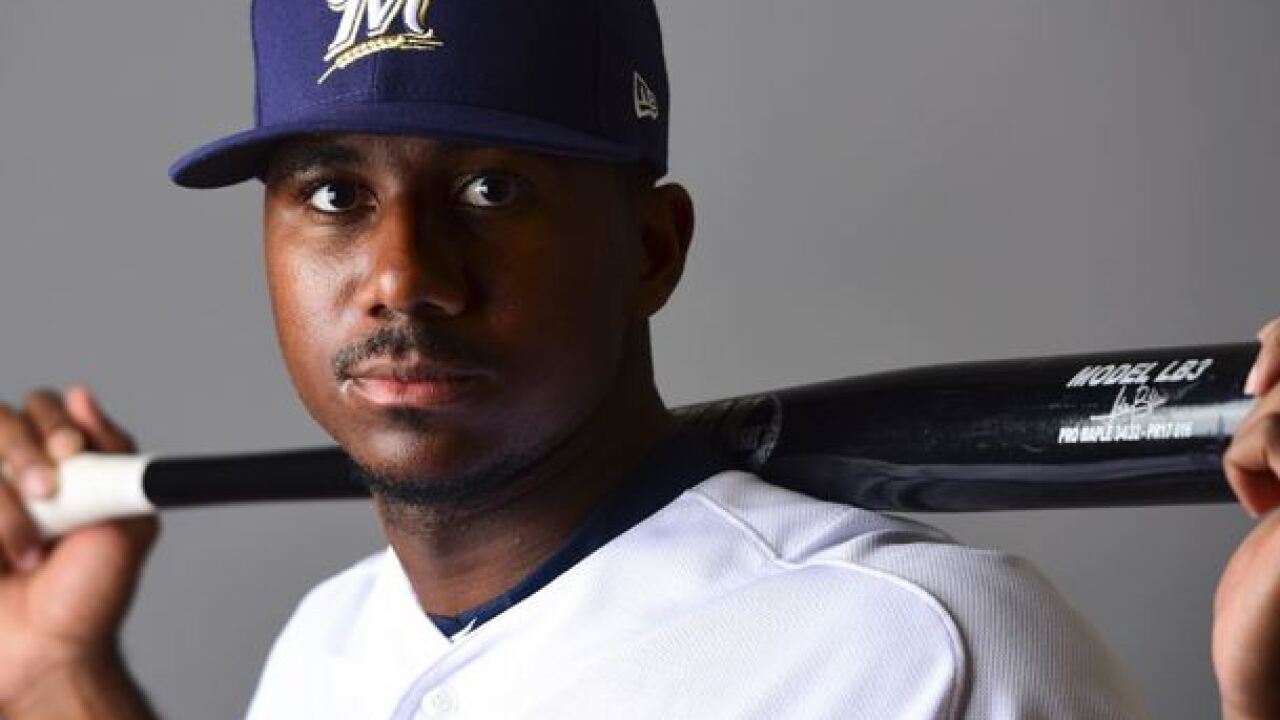 The Milwaukee Brewers' top prospect Lewis Brinson made his MLB debut on Sunday in an 11-1 loss to Arizona . He takes Jonathan Villar's spot on the roster, who was placed on the 10-day disabled list with a back strain.

Thanks to everybody for the love and support these pass couple days! Greatest day of my life so far yesterday! #BrewCrew #GoBrewers

Brinson, a 23-year-old outfielder, went 0-2 with two walks in the leadoff spot for Milwaukee.

Brinson is listed as the 13th-best prospect in the minor leagues, according to MLB.com . He batted .312/.397/.503 over 45 games with Class-AAA Colorado Springs this year.

The Brewers acquired Brinson in a trade with Texas last season. Milwaukee acquired Brinson, minor league pitcher Luis Ortiz, and a player to be named later in return for catcher Jonathan Lucroy and reliever Jeremy Jeffress.