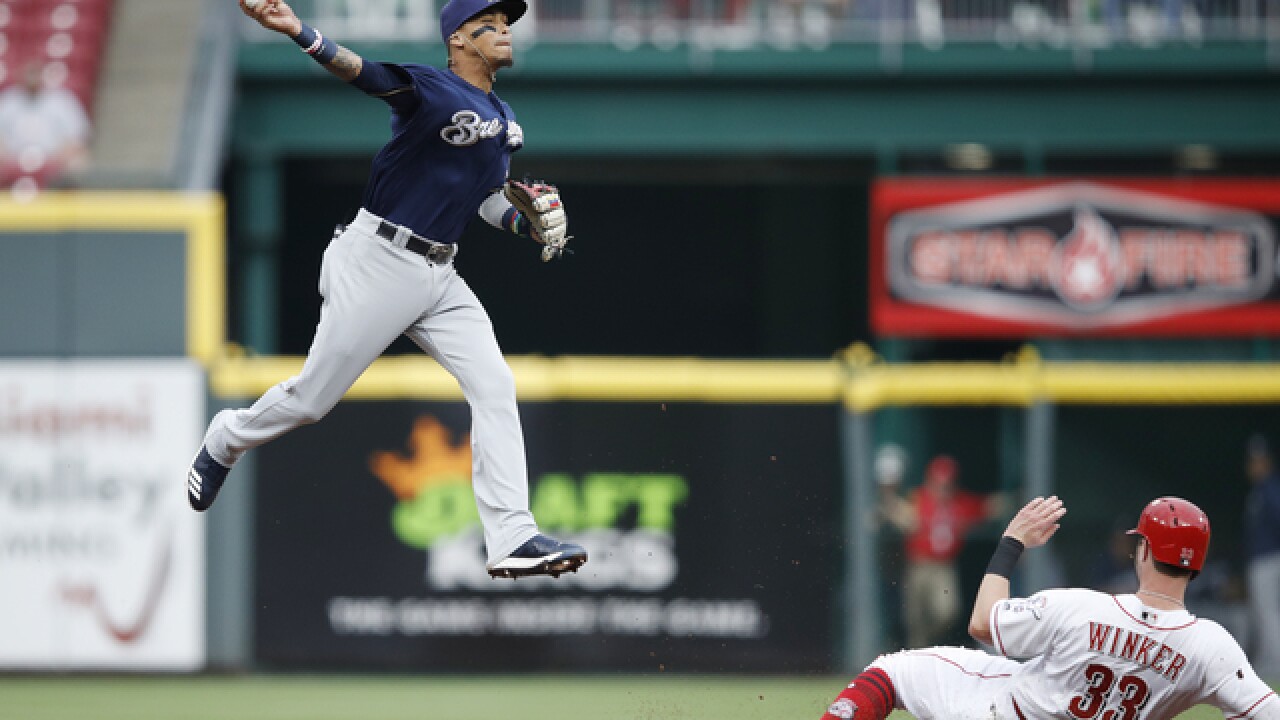 Image copyright 2018 Getty Images. All rights reserved. This material may not be published, broadcast, rewritten, or redistributed.
Joe Robbins
<p>CINCINNATI, OH - MAY 02: Orlando Arcia #3 of the Milwaukee Brewers leaps but is not able to turn a double play ahead of the sliding Jesse Winker #33 of the Cincinnati Reds in the first inning of a game at Great American Ball Park on May 2, 2018 in Cincinnati, Ohio. (Photo by Joe Robbins/Getty Images)</p>

The Milwaukee Brewers have the best defense in MLB, according to Fangraphs.com's metric Defensive Runs Saved.

Basically, DRS rates how above or below average a team or player is on defense.

Fangraphs calculates the Brewers to have saved 33 runs this year, 7 more than the second place Diamondbacks. Only three MLB teams, the Brewers, D'Backs and Padres have saved more than 14 runs.

Brewers fans can thank a trio of players for the club's success, Orlando Arcia, Travis Shaw and Lorenzo Cain.

Arcia—regardless of the metric used or the website that calculates it—has been elite at shortstop.

Fangraphs calculates he's saved 8 runs, first among all MLB shortstops—right above Francisco Lindor—and just behind former Brewers center fielder Carlos Gomez as the top-rated defensive player in all of baseball.

The defense is a big reason the Brewers currently sit 26-18, tied for first in the NL central with the surprising Pittsburgh Pirates, especially considering their struggles with starting pitching.

Milwaukee currently ranks 21st in Fielding Independent Pitching among starting pitchers, with a FIP of 4.65. The metric eliminates fielding from the equation and grades pitchers strictly on their run prevention ability.

Another aiding factor in the Brewers success has been their bullpen. The group has been the second best in MLB, with an ERA of 2.60 and fifth best in terms of FIP with 3.30.