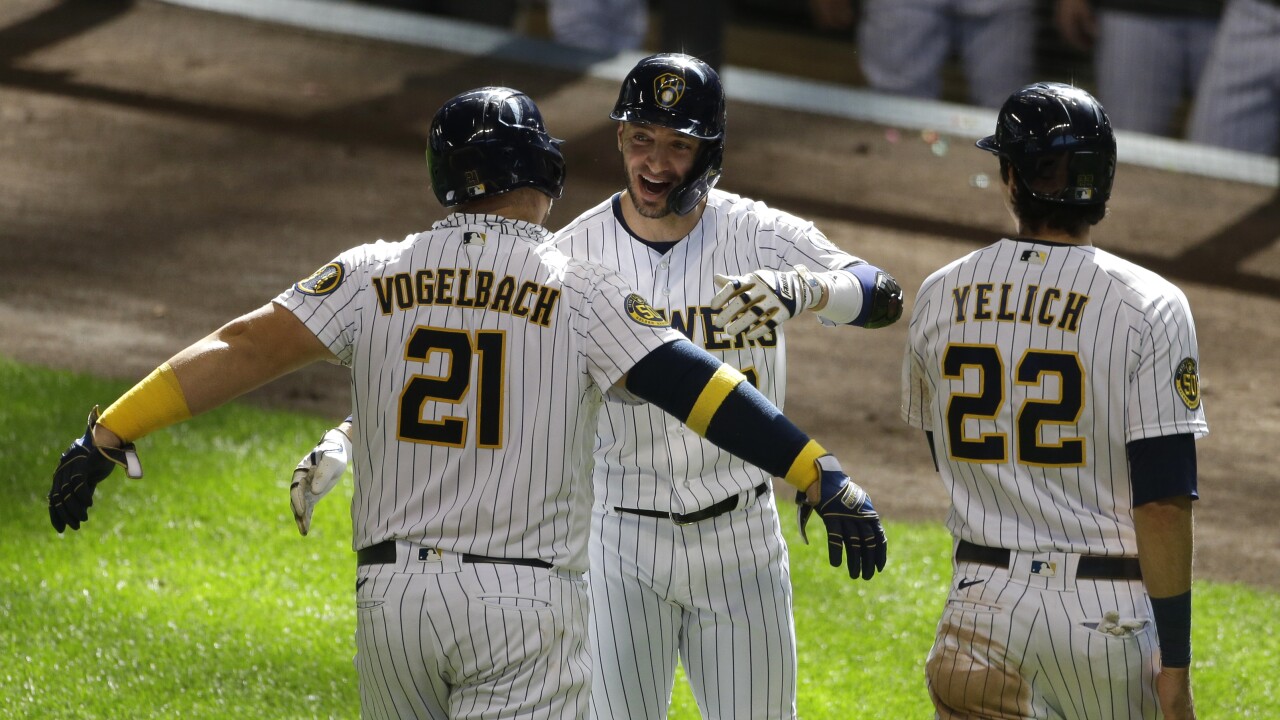 MILWAUKEE — As of Monday afternoon, the Milwaukee Brewers are only half a game behind the Cincinnati Reds for the second NL Wild Card spot in the 2020 MLB postseason.

Things were looking a little grim for the Brewers, but in baseball, there's always hope. The Brewers have won their last four games in a row, and are a half-game out with eight games left in the season.

The news comes as the Brewers gear up to play the Reds in their next series. What that means is if the Brewers win their game Monday night, they will, for the time being, swap spots with the Reds. Should that happen, the Brewers will be in the second wild-card spot. The only question would be - can they stay there?

If the Brewers win two of their three games against the Reds, they will end the series in the second Wild Card spot.

Following their series with the Reds, the Brewers are then scheduled to play five games against the St. Louis Cardinals, two of those games as a part of a doubleheader.

If the Brewers are sitting in that second wild-card spot at the end of the series with the Cardinals, it will mark the third year in a row that the Brewers take part in "October Baseball."

The excitement continues Monday night as the Brewers take on the Reds at 5:40 p.m. Monday.