Milwaukee Brewers elect Geoff Jenkins to Walk of Fame, three others to walk of honor 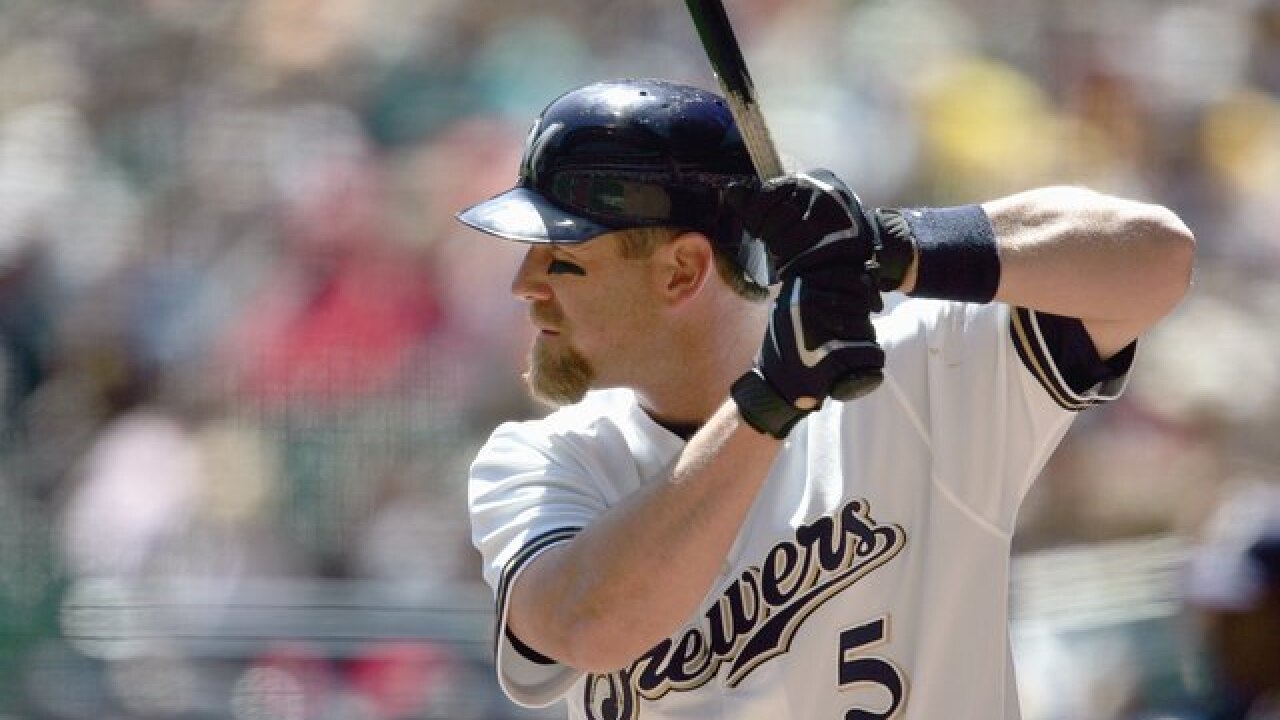 Copyright 2018 Scripps Media, Inc. All rights reserved. This material may not be published, broadcast, rewritten, or redistributed.
Jonathan Daniel
MILWAUKEE - MAY 2: Geoff Jenkins #5 of the Milwaukee Brewers stands ready at bat against the St. Louis Cardinals May 2, 2007 at Miller Park in Milwaukee, Wisconsin. The Brewers defeated the Cardinals 4-0 to sweep the three-game series. (Photo by Jonathan Daniel/Getty Images)

MILWAUKEE -- The Milwaukee Brewers announced slugger Geoff Jenkins will be elected into their Walk of Fame this year.

Jenkins was a first round pick--9th overall--of the Brewers in the 1995 draft out of the University of Southern California.

He struggled his first year, making his MLB debut 20 games into the 1998 season and finishing the year with 285 plate appearances, 9 home runs and an On-Base Plus Slugging of .673.

But he came into his own during his sophomore campaign, posting a .935 OPS with 21 home runs and only 87 strikeouts to 35 bases on balls.

Over the next eight years, his OPS would only dip below .800 twice, as the left-handed left fielder turned into a potent power bat in the middle of the Brewers order.

He spent his final year with the Philadelphia Phillies where he won his one and only World Series before retiring at 33-years-old.

Prince Fielder, the 5-foot 11-inch, 275 pound, second generation first baseman, was also a first round pick of the Brewers--7th overall out of Eau Gallie High School in Melbourne, Florida back in 2002.

During his seven seasons with Milwaukee, Fielder's powerful, majestic swing earned him three all-star selections, two home run derby championships, one silver slugger and a third place finish in the MVP race in 2007.

The lefty power hitter left Milwaukee in 2011 to sign as a free agent with the Detroit Tigers. He retired in 2016 at 32-years-old after a serious neck injury forced him out of the game.

Doug Melvin was hired as the Brewers General Manager in 2002 and broke the team's 26-year postseason drought in 2008 when they made the wild card after an aggressive mid-season move for CC Sabathia.

The Brewers returned to the playoffs once more under Melvin in 2011, but were bounced in the NLCS by the division rival St. Louis Cardinals.

Harry Dalton captained the Brewers front office from 1978 to 1991 and led the franchise to their only World Series appearance in franchise history, but similar to Melvin 26 years later, couldn't get past the Cardinals, falling to St. Louis in 7 games.