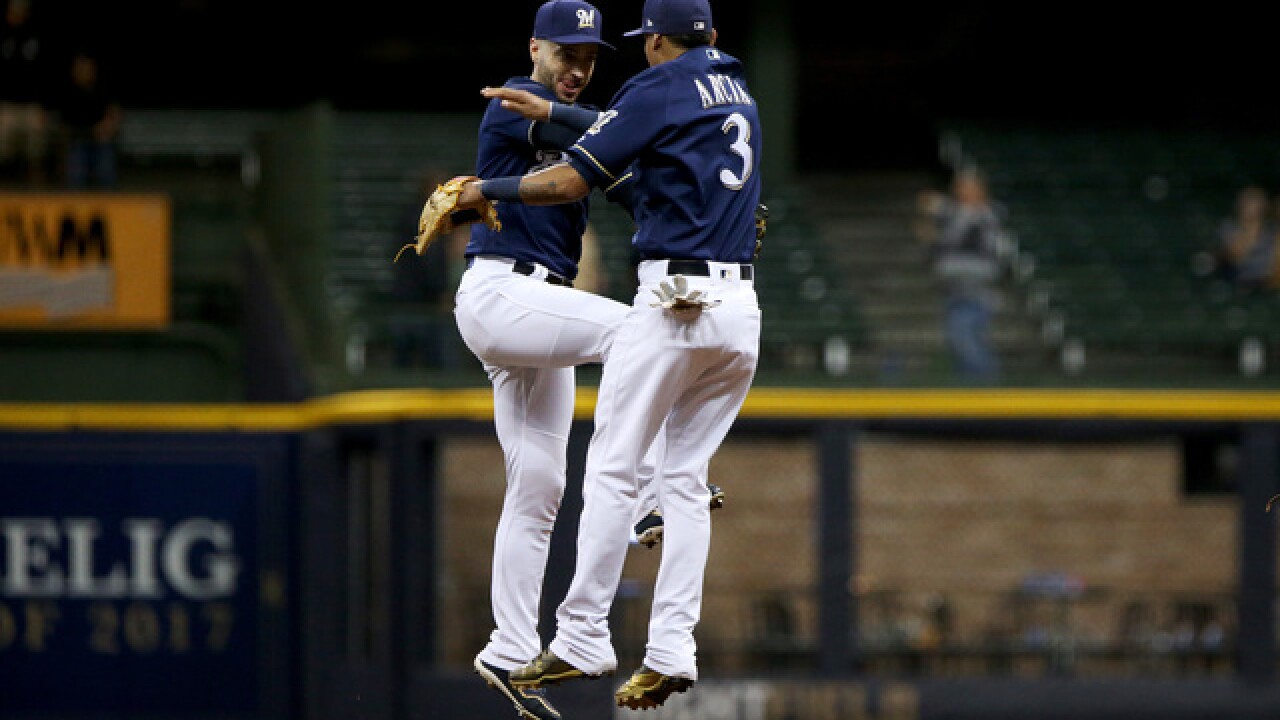 Copyright 2017 Scripps Media, Inc. All rights reserved. This material may not be published, broadcast, rewritten, or redistributed.
Dylan Buell
<p>MILWAUKEE, WI - SEPTEMBER 12: Ryan Braun #8 and Orlando Arcia #3 of the Milwaukee Brewers celebrate after beating the Pittsburgh Pirates 5-2 at Miller Park on September 12, 2017 in Milwaukee, Wisconsin. (Photo by Dylan Buell/Getty Images)</p>

MILWAUKEE (AP) — Eric Thames hit his 29th home run, Domingo Santana went 3 for 4 with two RBIs and the Milwaukee Brewers beat the Pittsburgh Pirates 5-2 on Tuesday night.
The Brewers pulled within two games of the NL Central-leading Chicago Cubs who were playing the New York Mets.

Gerrit Cole (11-10) took his first loss in 10 road starts since the Atlanta Braves beat him 5-2 on May 22. He slipped to 8-1 away from PNC Park over that stretch after allowing five runs and seven hits in six innings. He tied his season-high with 10 strikeouts in his fifth start against Milwaukee this season.

He beat Milwaukee 8-1 on June 19 at Miller Park, striking out a season-high 10 for the first time.
Manager Craig Counsell turned to the bullpen to protect the 5-2 lead. Jeremy Jeffress, Oliver Drake, Jared Hughes, Anthony Swarzak and Josh Hader each turned in a scoreless inning. Jeffress (3-0) was the pitcher of record. Corey Knebel pitched the ninth for his 35th save in 40 chances.