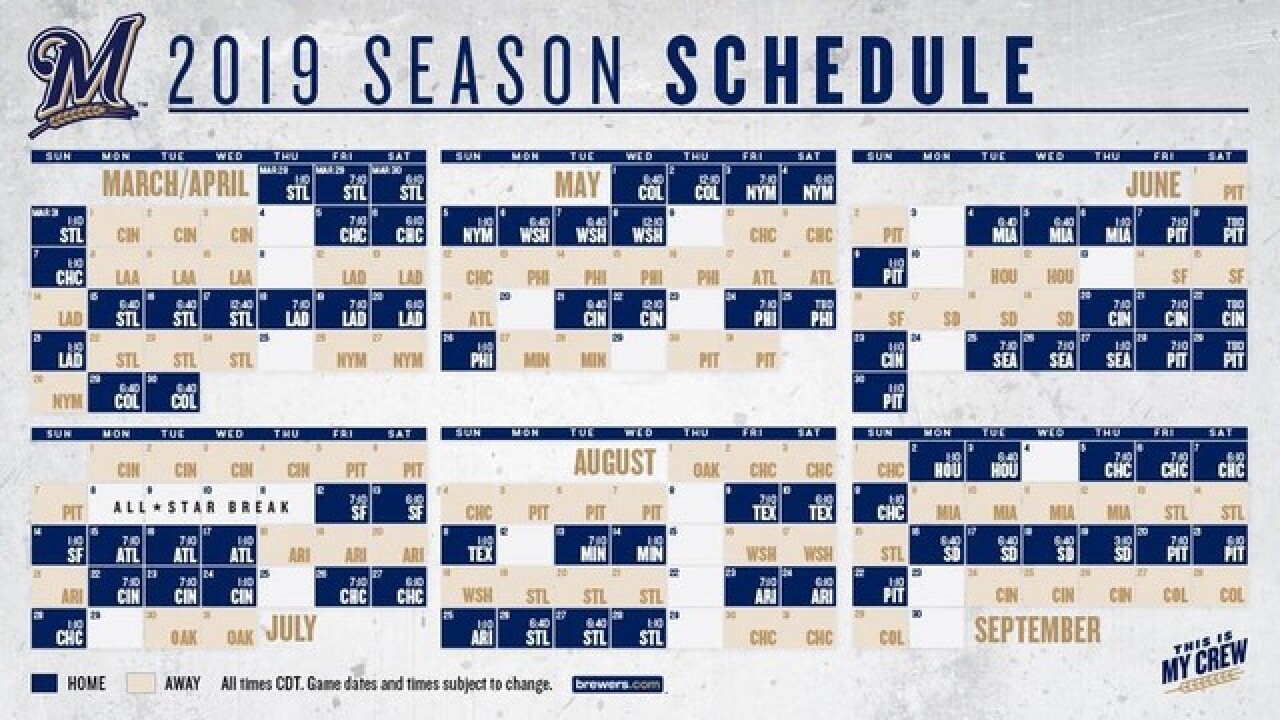 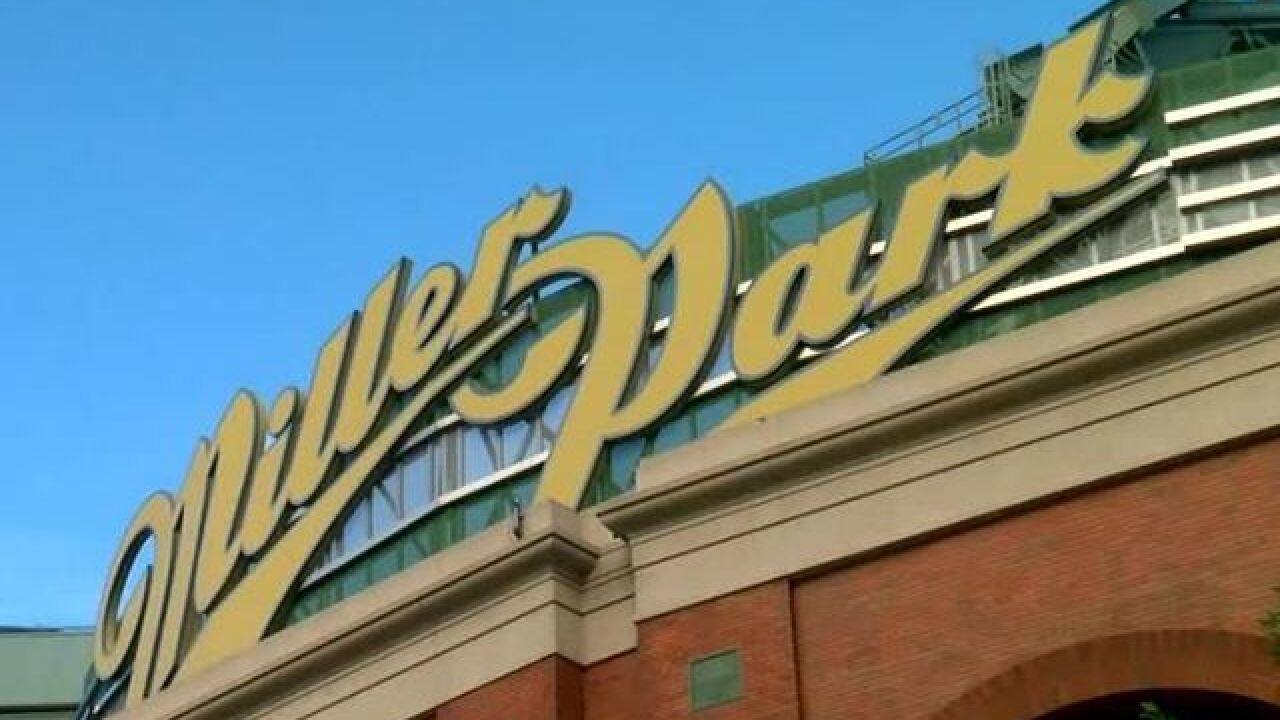 MILWAUKEE – The Milwaukee Brewers have announced the team’s 2019 regular-season schedule, which begins on Thursday, March 28 vs. St. Louis.

The team opens up with a four-game series at home against the Cardinals before their first road trip of the season -- a three-game set against the Reds in Cincinnati.

Next season, the Brewers will take on their division rival Chicago Cubs a total of 19 times, including three weekend series at Miller Park from April 5-7, July 26-28 and September 5-8.

The interleague schedule includes games against each team in the American League West Division, including a home-and-away series with the Houston Astros. The first interleague series will take place at Angel Stadium in a three-game series against the Halos from April 8-10. The Brewers will travel to Houston from June 11-12 and will host the Astros for two games, beginning on Labor Day, September 2. The annual border battle against the Minnesota Twins will take place at Target Field from May 27-28 and at Miller Park from August 13-14. Additional interleague games will be played at Miller Park against the Seattle Mariners (June 25-27) and Texas Rangers (August 9-11). The team will travel to Oakland to play the Athletics from July 30 - August 1.

The Milwaukee Brewers say all game dates and times are subject to change, and road game times will be announced at a later date.