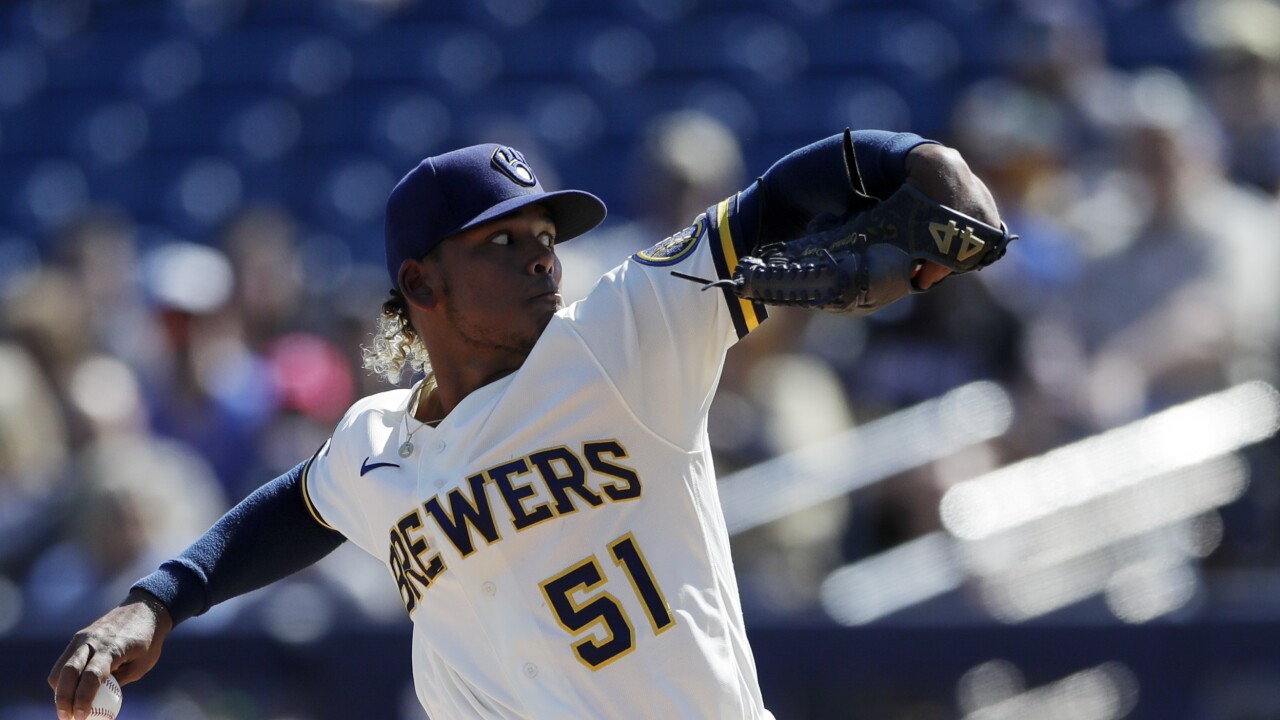 MILWAUKEE -- The Milwaukee Brewers have agreed to a new five-year deal with pitcher Freddy Peralta, according to a report.

Freddy Peralta deal with #Brewers, per source: Five years, $15.5M plus two club options that could bring value to $30M.

The right-handed pitcher has spent the last two years with the Brewers organization, accumulating a 4.79 ERA and 211 strikeouts across 163.1 innings.

The serious cash coming to Peralta would seem to indicate he'll be a prominent part of Milwaukee's rotation going into the 2020 season.