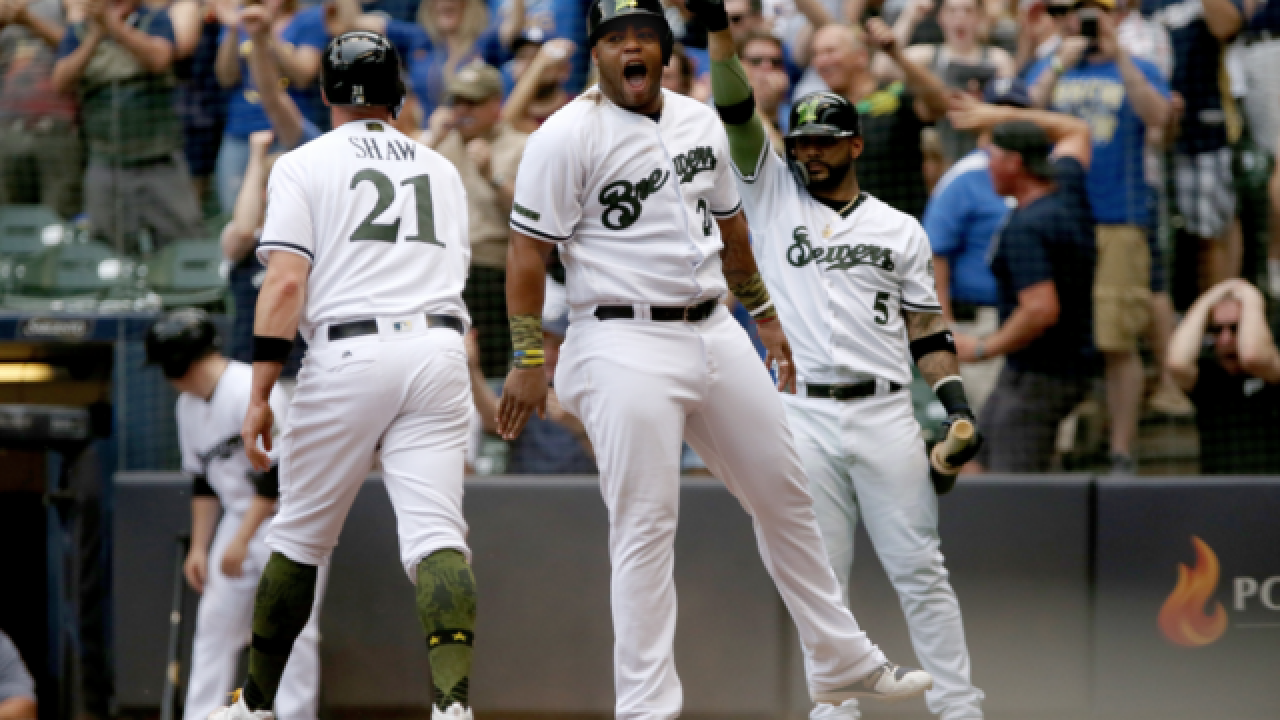 Twenty-four hours after he was named a finalist for the All-Star Game Final Vote, Jesús Aguilar put on an absolute clinic of why he deserves to be included with the game’s best players.

He took sole possession of the NL home run lead in Monday night’s game against the Marlins with his 23rd home run in the fourth inning.

It is said that "Faith without works is dead." Well, how's this work for you? #WeBelieveInJesús

He followed that performance with a defensive spectacle that you just have to watch to understand.

This may be an unbelievable play, but we still believe in @JAguilarMKE! #WeBelieveinJesús

Aguilar has been red-hot this season. He entered Monday's game leading the NL in home runs, runs batted in and slugging percentage.

Despite a breakout season, Aguilar is still fighting to get into the All-Star Game in Washington D.C.

He needs your help to get hi there. To vote for the Brewers first baseman, click here.