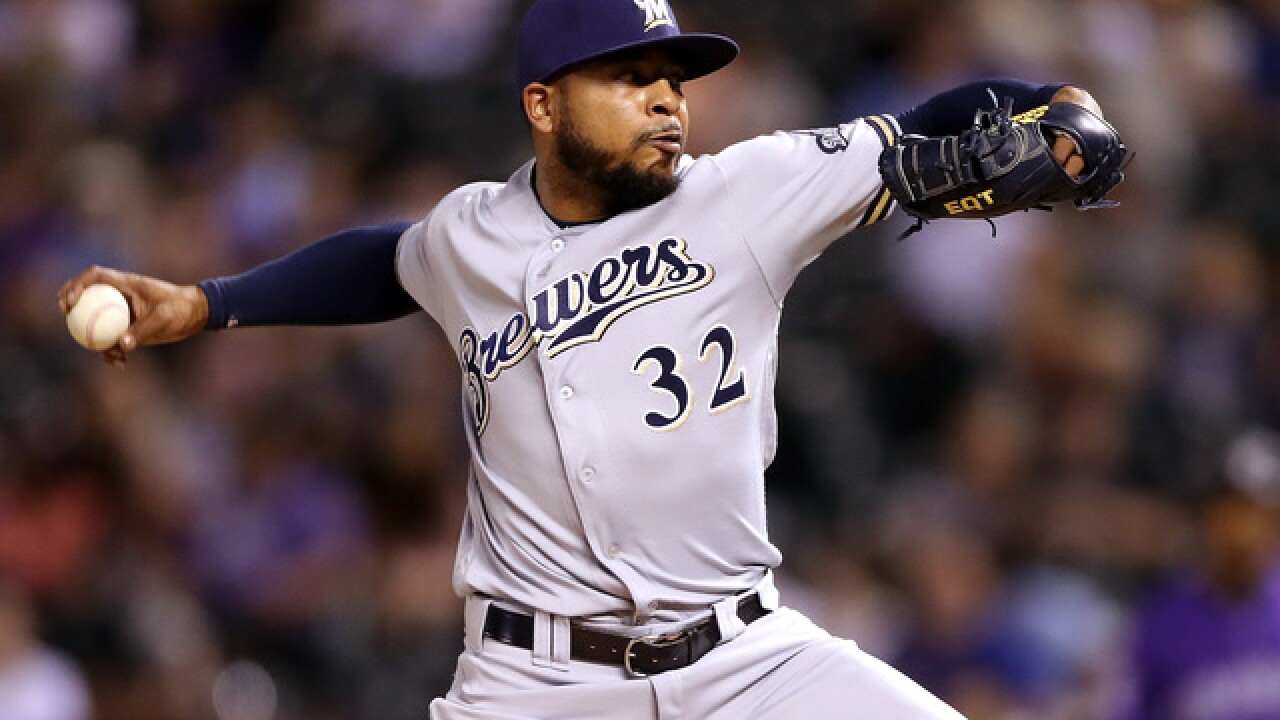 Copyright 2018 Scripps Media, Inc. All rights reserved. This material may not be published, broadcast, rewritten, or redistributed.
Matthew Stockman
DENVER, CO - MAY 10: Pitcher Jeremy Jeffress #32 of the Milwaukee Brewers throws in the ninth inning against the Colorado Rockies at Coors Field on May 10, 2018 in Denver, Colorado. (Photo by Matthew Stockman/Getty Images)

We feel like #ThankYouYolanda should be trending right now. 🤣 #MothersDay pic.twitter.com/tNtPlUSSBo

Jeffress shouldn't just be thanking Yolanda for his looks, he should have given her a nod for providing him with a golden right arm.

Through 21 appearances this season, Jeffress has thrown 22 innings and has allowed just one earned run. That run came on April 6 against the Cubs, and since then, he has thrown 17 straight scoreless outings, and has notched three saves, five holds, and two wins.

He also recently reached another milestone, 200 appearances in a Brewers uniform, becoming only the 25th player in Milwaukee history to do so. If he appears in 85 games this season, which he is currently on pace to do so, he would crack the franchise's top 10 in pitching appearances.

Jeffress was drafted by the Brewers in 2006, a 16th overall pick out of Hailfax County High School in South Boston, Virginia.

He was shipped to the Royals in 2010 as part of the Zach Greinke trade, but signed as a free agent with Milwaukee in 2014.

He was traded again in 2016 for Lewis Brinson, but was traded back almost a year to date later.