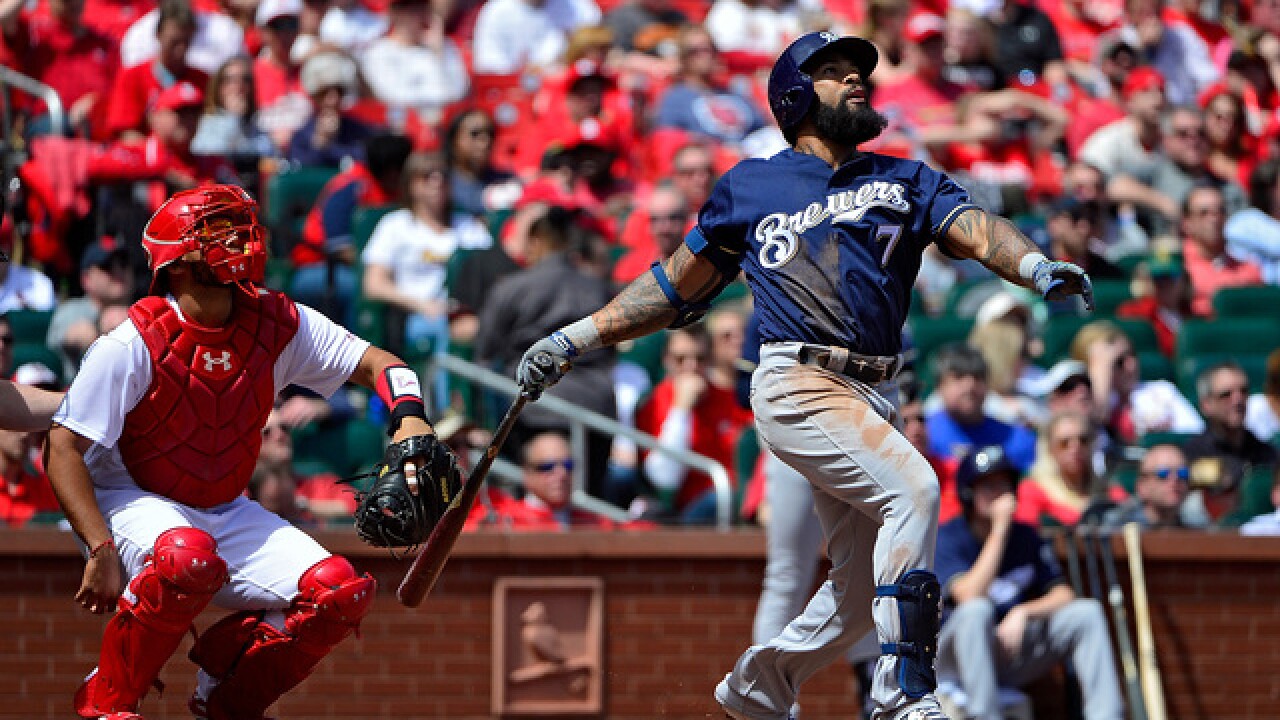 There was only one place to watch Wednesday's Milwaukee Brewers game -- Facebook.

It was the second date of the season in Facebook and Major League Baseball's exclusive contract that will include one game each week.

And it received plenty of mixed reactions from fans. Some fans see the potential with the service and hope that it will grow to be even better in the future.

Don't poke me, but the @MLB #STLCards Facebook game was pretty great. Yes, more localization broadcast would be ideal but terrific opportunity for fans to engage w/ broadcast in real-time. Especially out-of-town loyalists who can't buy a ticket. Growth opp for sure. @cardinals

Overall enjoyed the #Facebook broadcast. Keeping an eye out for viewership & sentiment data in the coming days. 🤞🏻 I expect to see more deals like this one in the near future for Live TV events. #SocialMedia #MLB pic.twitter.com/QsbL08qLOm

Back to back days of watching teams I follow/like on Facebook games with AS Roma beating Barcelona in Champions league and the Cardinals losing to Brewers MLB. Both broadcasts were fantastic, easy to find and follow and a lot of fun. Looking forward to the next.

But most fans saw flaws in the broadcast.

So if I wanted to watch the Brewers today, which I did, it’s on Facebook Watch? As much as I love baseball more than football, this is why baseball can’t match the ratings. C’mon baseball, why do I need MLB app or now Facebook to watch my Brewers?

What world am I living in—MLB live on Facebook? What an awful and distracting experience that turned out to be.

Most of the complaints centered around the exclusivity and lack of flexibility of the broadcast on Facebook.

Local cable feeds like Fox Sports Wisconsin weren't available, and even if fans purchased MLB's premium service, MLB.TV, they were forced to watch on Facebook. The service costs $116 this season.

Other complaints stemmed from comments from fans popping up on their screen or notifications from their friends interrupting the broadcast.

This fan had the seventh inning taken over by a baby picture.

This whole Facebook plus @MLB live thing is a disaster pic.twitter.com/MJdPW3iDgv

The numbers aren't in on this game, but the MLB's first Facebook game drew 4.3 million views, 68,000 comments and 1.1 million reactions, according to a report by Forbes.com.

According to researcher, Michael Mulvihill, the average viewership was around 75,000.

However you feel, the Brewers did win, so there's that.

The Brewers have one more game scheduled on Facebook right now, a May 30 matchup against the Cardinals at 12:10 pm CT.