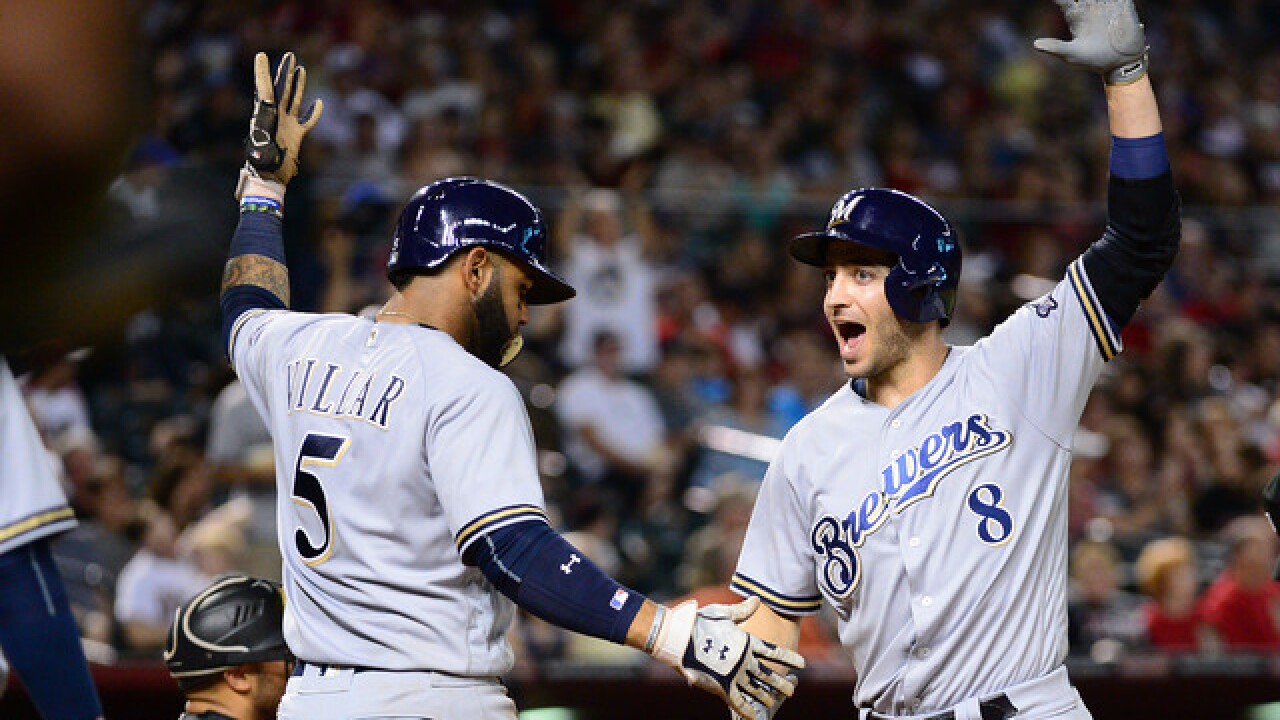 Image copyright 2017 Getty Images. All rights reserved. This material may not be published, broadcast, rewritten, or redistributed.
Jennifer Stewart
<p>PHOENIX, AZ - AUGUST 06: Ryan Braun #8 of the Milwaukee Brewers celebrates with Jonathan Villar #5 after Braun hit a three run home run against the Arizona Diamondbacks during the sixth inning at Chase Field on August 6, 2016 in Phoenix, Arizona. (Photo by Jennifer Stewart/Getty Images)</p>

Spring Training is just around the corner, which means fantasy baseball drafts are ramping up as well. ESPN placed nine Milwaukee Brewers in its "Top 300 Player Rankings” heading into the 2017 season.

Star left fielder Ryan Braun led the way for the Brew Crew, coming in at 35th overall and 10th among outfielders. Braun put up his best statistical season last year since 2012, totaling 30 home runs with a .305 batting average.

Infielder Jonathan Villar (43rd) also snuck into the Top 50. Villar led baseball with 62 stolen bases in 2016, and his positional flexibility provides immense value for fantasy lineups. Currently, Villar is listed as just a shortstop and a third baseman. But now that Orlando Arcia is slated to be the Brewers starting shortstop, Villar has shifted to second base, meaning he will soon have three possible fantasy positions.

No other Brewers players are in the top 200:

Perez’s projection has him taking the biggest hit among Brewers players. Perez batted .272 with 13 home runs and 34 stolen bases in 2016, and finished the season ranked 95th in total fantasy points.