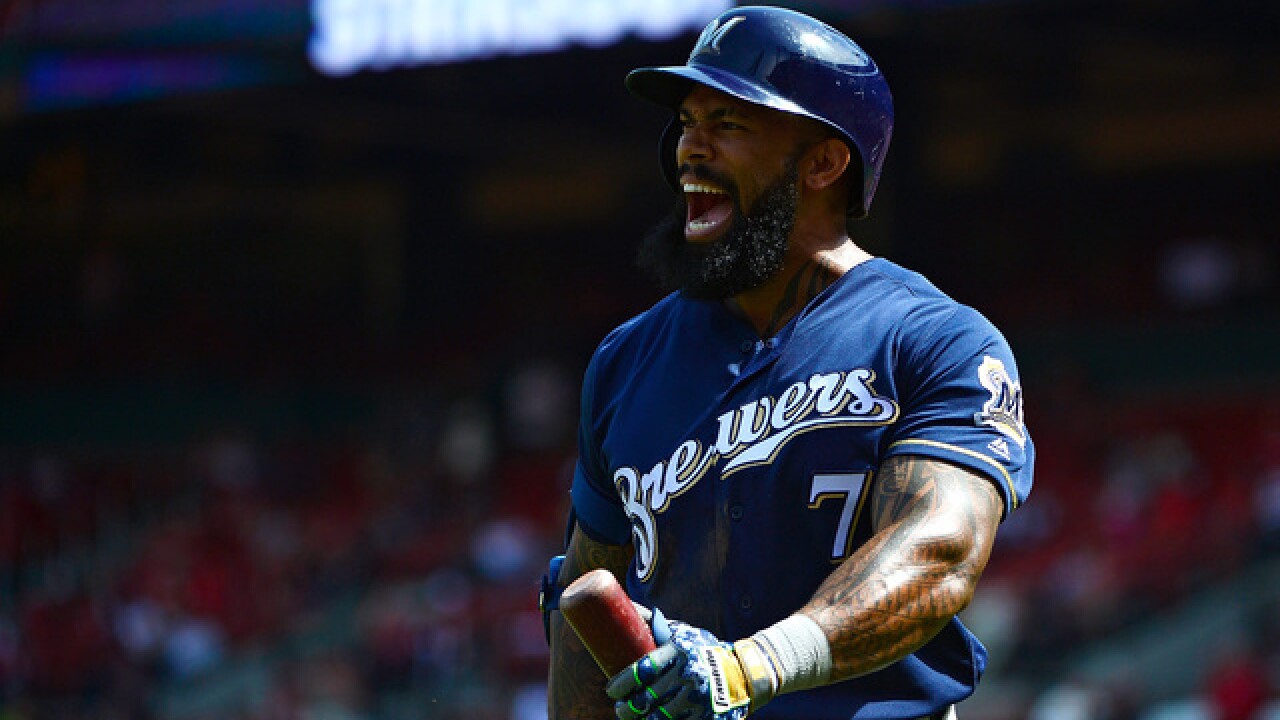 Copyright 2018 Scripps Media, Inc. All rights reserved. This material may not be published, broadcast, rewritten, or redistributed.
Jeff Curry
ST LOUIS, MO - APRIL 11: Eric Thames #7 of the Milwaukee Brewers reacts after striking out during the eighth inning against the St. Louis Cardinals at Busch Stadium on April 11, 2018 in St Louis, Missouri. (Photo by Jeff Curry/Getty Images)

Thames' injury adds to the rash of Milwaukee injuries that has plagued the club throughout the early stretch of the season.

Since March 18, seven Brewers have missed time with some type of injury.

Also, Jimmy Nelson is currently on the DL with a right rotator cuff strain and partial tear of his anterior labrum.

Outside of Thames and Nelson, most of the injuries are considered minor, but the Brewers boasted depth coming into the season has been tested early on.

Mostly, they've passed the test, emerging 8-8 with series wins over the Cardinals and Padres.

And after early tests against the Cardinals, Cubs and Mets out of the way, a much easier stretch for the Crew awaits them over the next weeks.

Their next nine games are against the Reds, Marlins and Royals, teams that are a combined 9-32 to start 2018.