'Did not see this coming': Brewers fans celebrate playoff berth 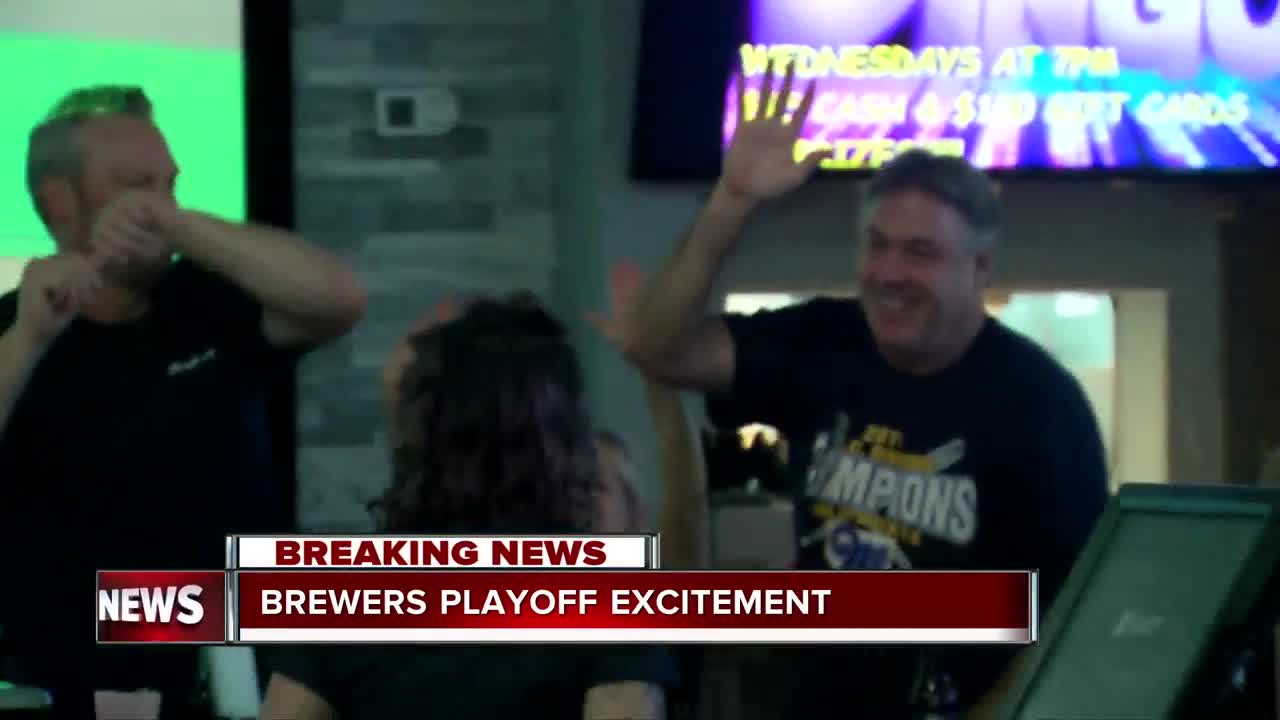 Brewers fans packed Kelly’s Bleachers in Milwaukee to celebrate a trip to the post season that even caught the biggest fans like Tony Rybold by surprise.

The Milwaukee Brewers have clinched a playoff berth for the second season in a row after beating the Cincinnati Reds 9-2 Wednesday night.

Brewers fans packed Kelly’s Bleachers in Milwaukee to celebrate a trip to the postseason that even caught the biggest fans like Tony Rybold by surprise.

“For me it’s just absolute excitement, I honestly did not see this coming,” he said.

Just two weeks ago, the crew lost its star Christian Yelich when the 2018 MVP shattered his knee cap at the plate.

“Right away I was like, season’s over,” said Brewers fan Luis Lira.

Since then, the Brewers have shown nothing but resiliency, rallying to a 19-4 record in September to earn spot in the playoffs.

“They’ve got a favorable schedule the rest of the year and I hope they go all the way,” added Jim Collins.

This is the first time the Brewers have gone to the playoffs in back-to-back seasons since 1981 and 1982.