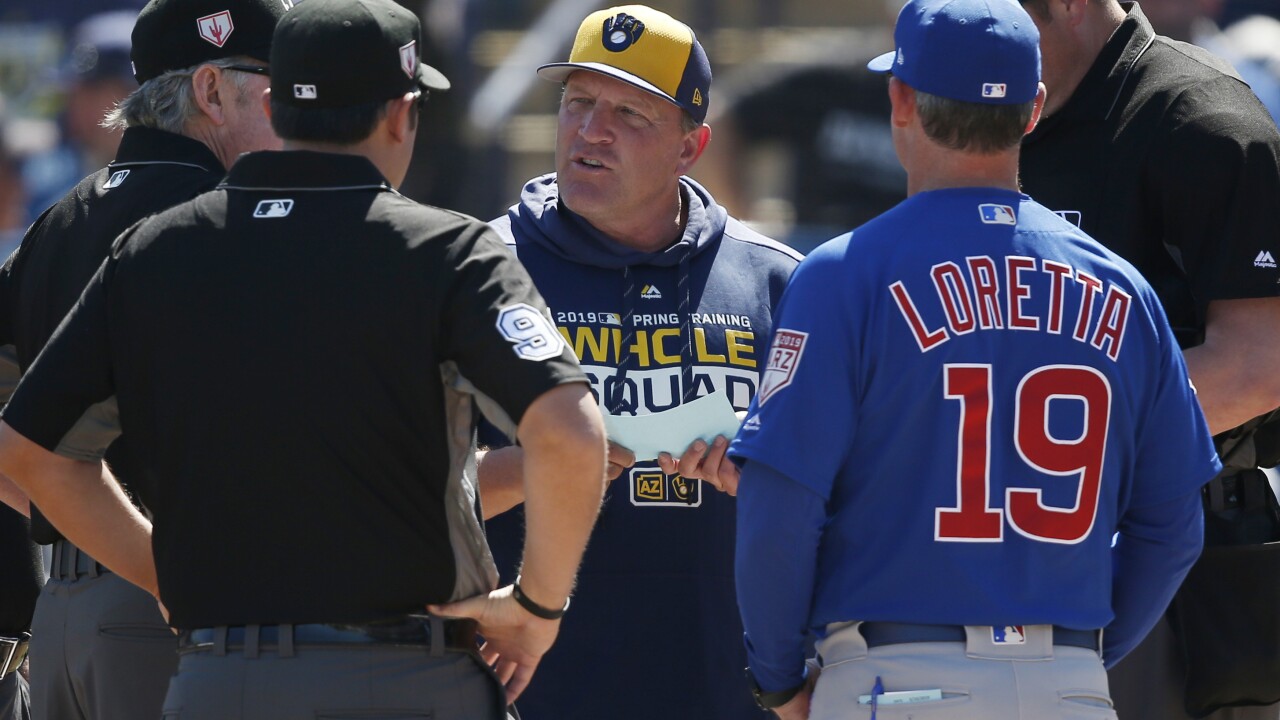 Sue Ogrocki/AP
FILE - In this March 10, 2019, file photo, Milwaukee Brewers bench coach Pat Murphy, center, talks with Chicago Cubs bench coach Mark Loretta (19) and the umpires before a spring training baseball game in Phoenix. Murphy suffered a heart attack during a Saturday, Aug. 1, 2020, team workout, but team officials said he was resting comfortably and should be out of the hospital later this week. (AP Photo/Sue Ogrocki, File)

Brewers general manager David Stearns said Sunday that Murphy had received a stent at Froedtert Hospital in Milwaukee and was resting comfortably.

Counsell said the Brewers don’t plan to bring in a staff member to fill in while Murphy recovers.

The 61-year-old Murphy is in his fifth season as the Brewers’ bench coach.