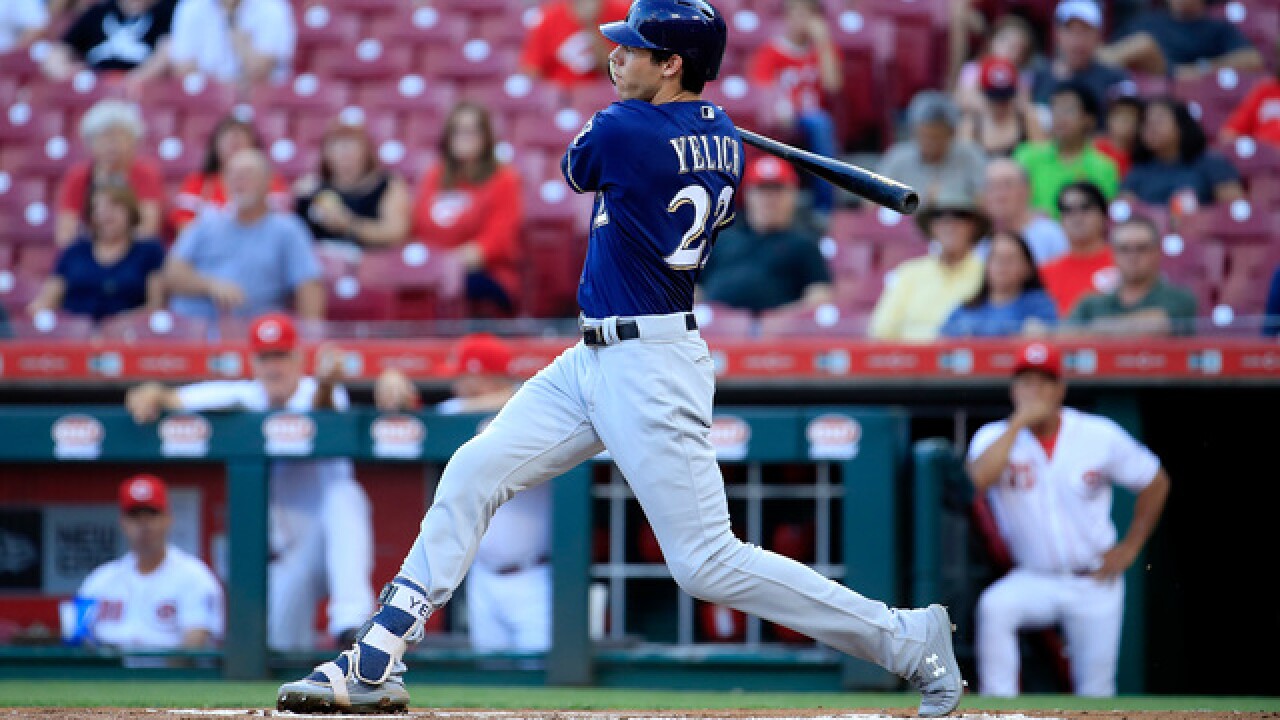 Image copyright 2018 Getty Images. All rights reserved. This material may not be published, broadcast, rewritten, or redistributed.
Andy Lyons
Yelich had a lot of success against the Reds this season. He hit his first career multi-homerun game on August 28. But this was just an appetizer to what Yelich would do the next night.

MILWAUKEE — The Milwaukee Brewers' Christian Yelich has just received the Silver Slugger award for the second year in a row.

The reigning MVP received the award for being the best offensive player at his position, despite missing the final Brewers games of the 2019 season due to a knee injury.

Even after missing the remainder of the season, Yelich still managed to lead the majors with a .671 slugging percentage and won the "Hank Aaron Award" for the second year in a row.